Thanks to producer and long-time Xaudia customer Ian Caple for sending these shots of his Reslo Beeb microphones in use: 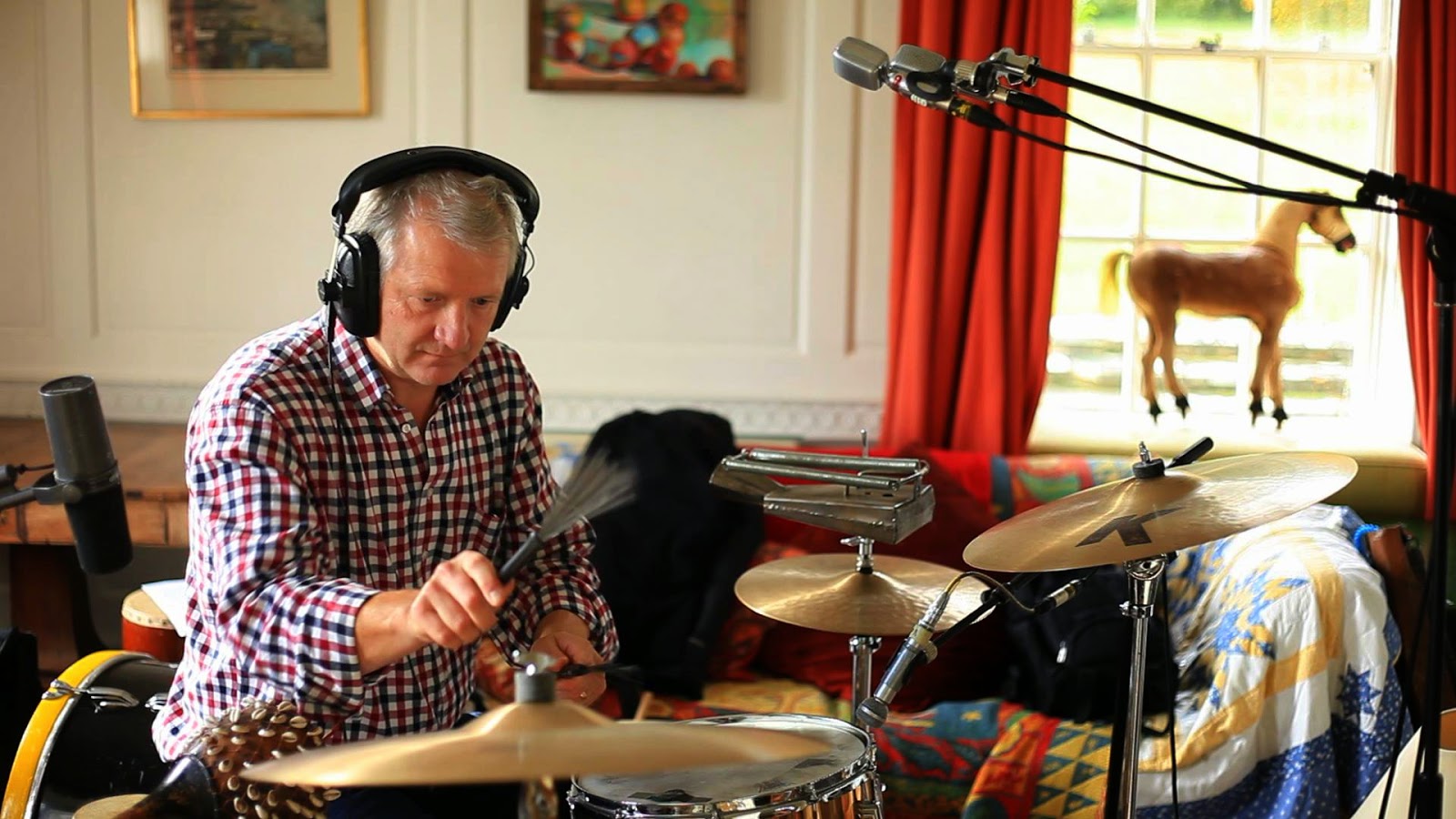 Here are the Beebs in action as drum overheads, and for recording a string section... 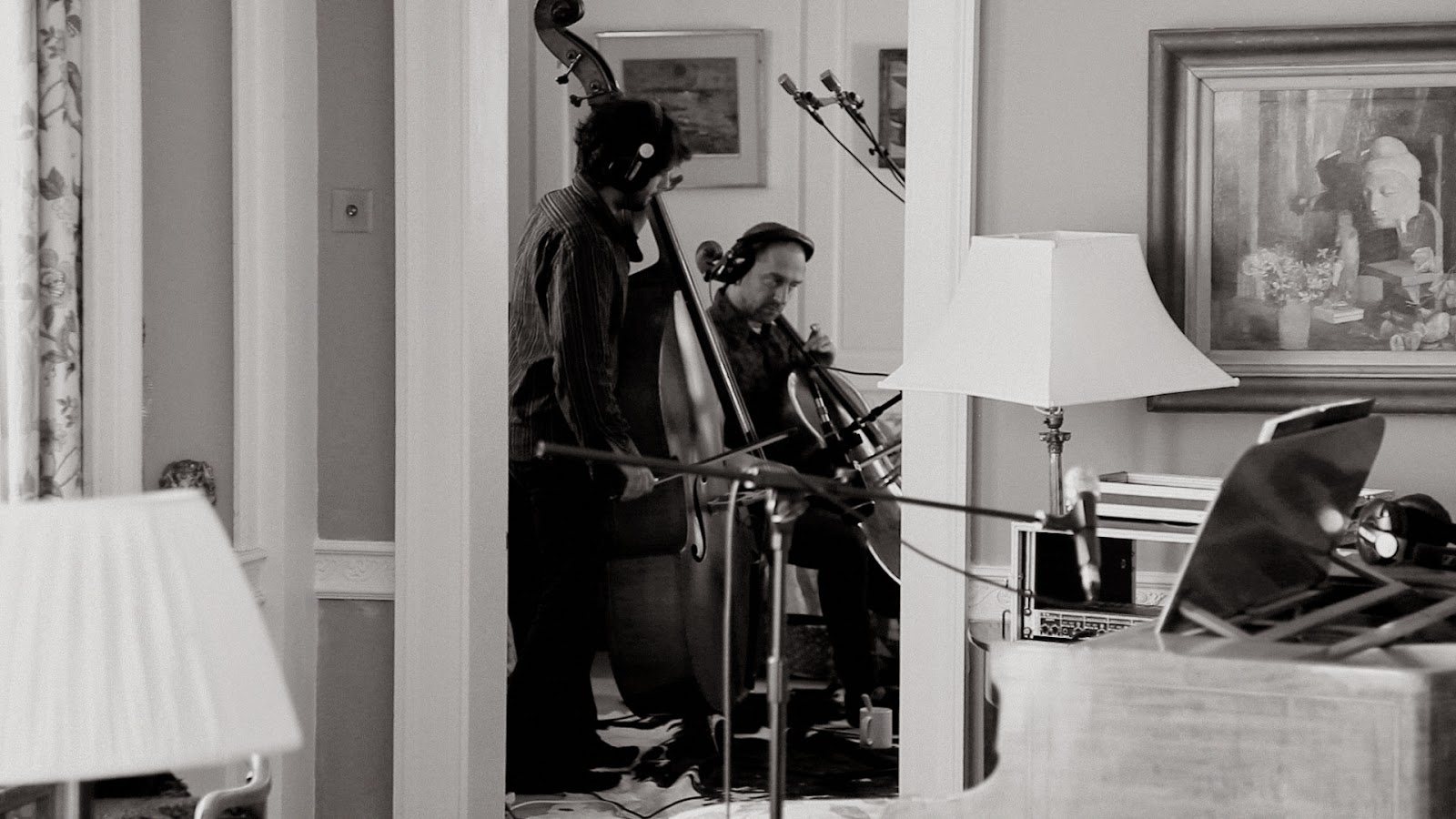 He was using them to record the French band Watine at a country house in Sussex, working out of this amazing airstream mobile studio supplied by Yellow Fish. 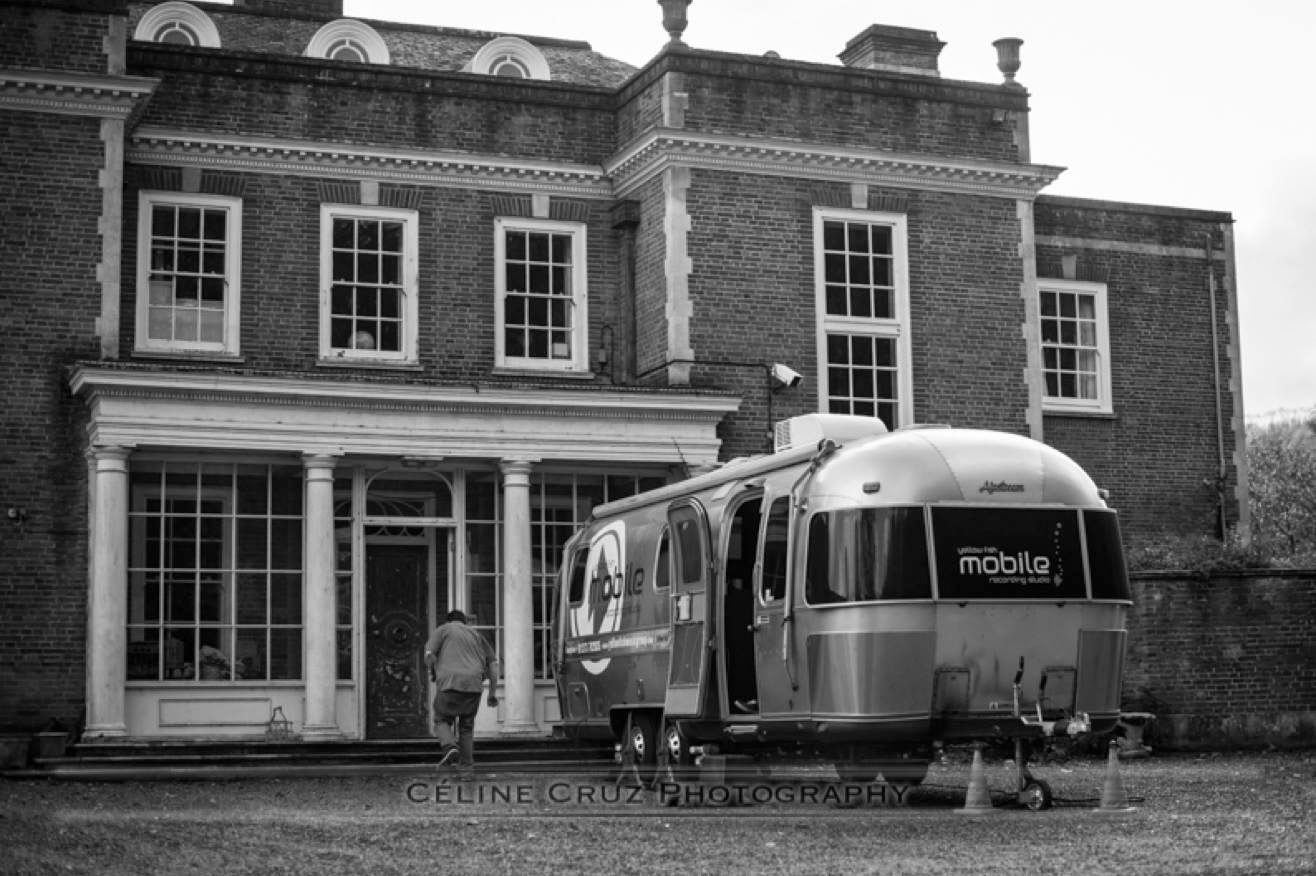 We will link to the music as soon as it is published.
0 comments Labels: Beeb, Customers, In Action

Mic of the Month - Shure 508 Stratoliner

Here is our first Microphone of the Month for 2015. This Shure Stratoliner looks like a Zeppelin airship or perhaps Flash Gordon's space ship. But is it a crystal, ribbon or dynamic microphone? 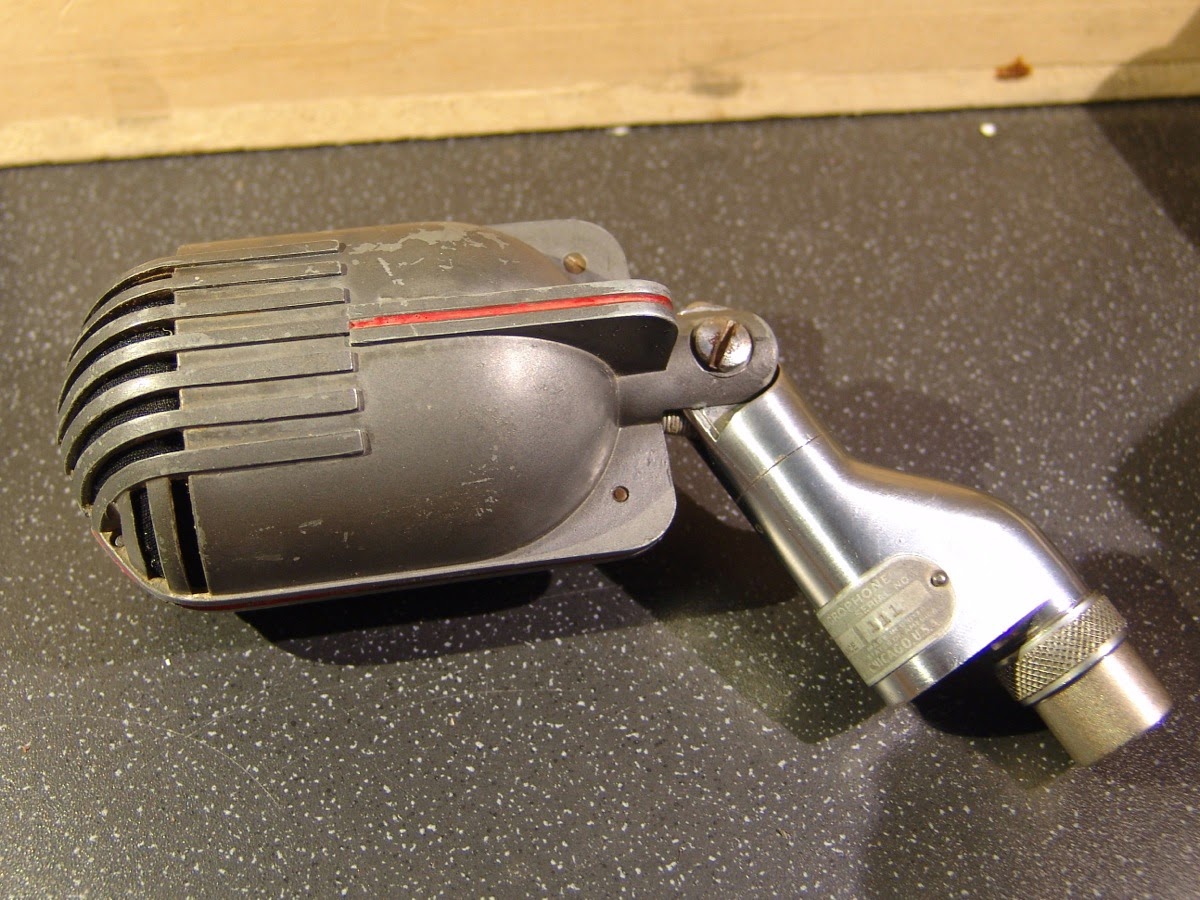 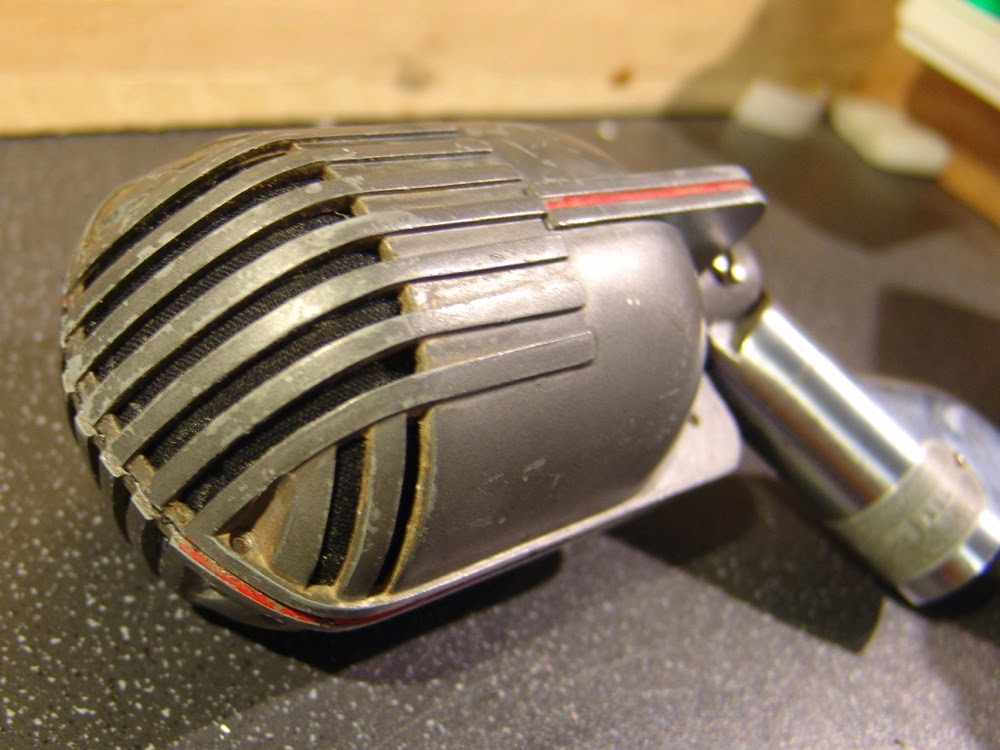 I had always thought that the Shure Stratoliner series were crystal microphones, and indeed the 708 model does have a crystal element. But although this 508C uses the same body, it is quite a different microphone inside. 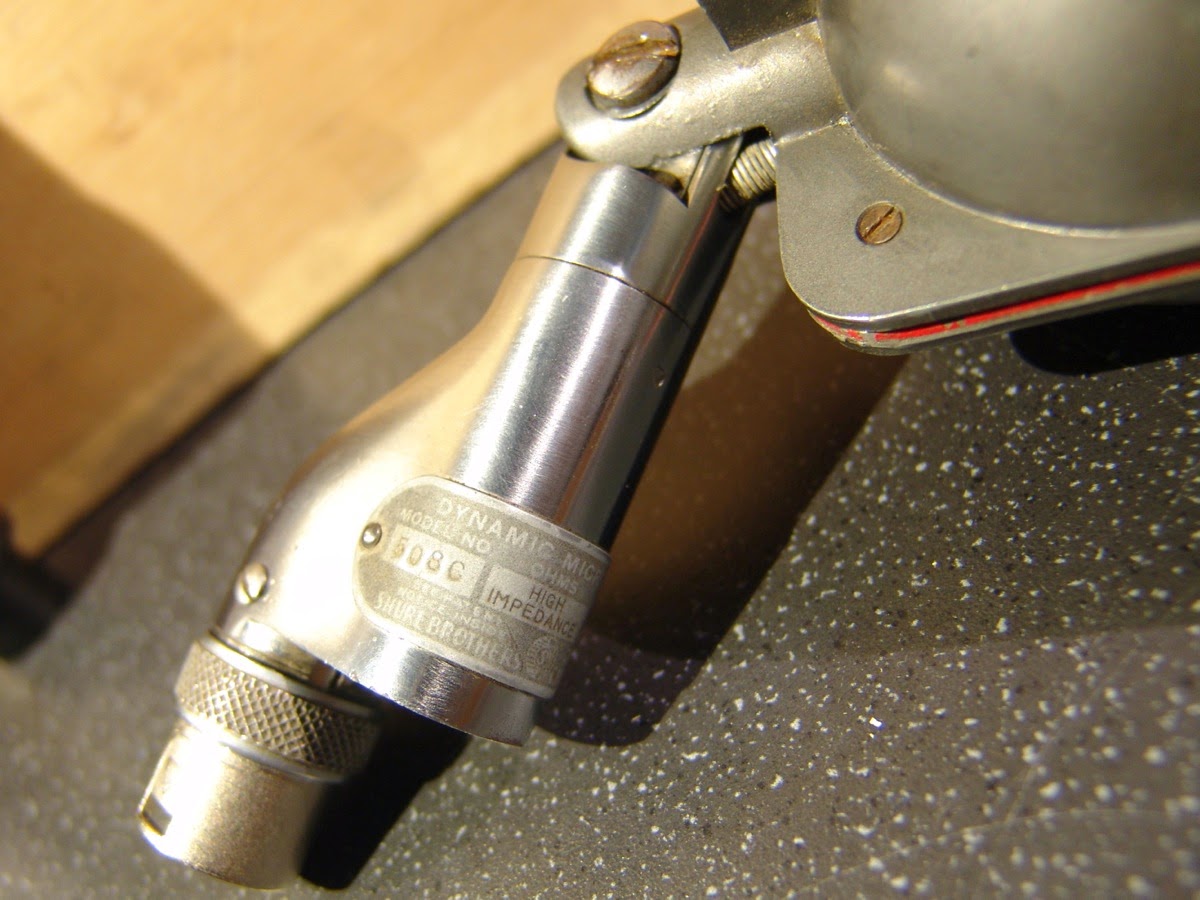 This one says 'dynamic' on the label but it is really a rather strange ribbon microphone. Here is the business end of the mic with some kind of flat ribbon in place, possibly made from kitchen foil. 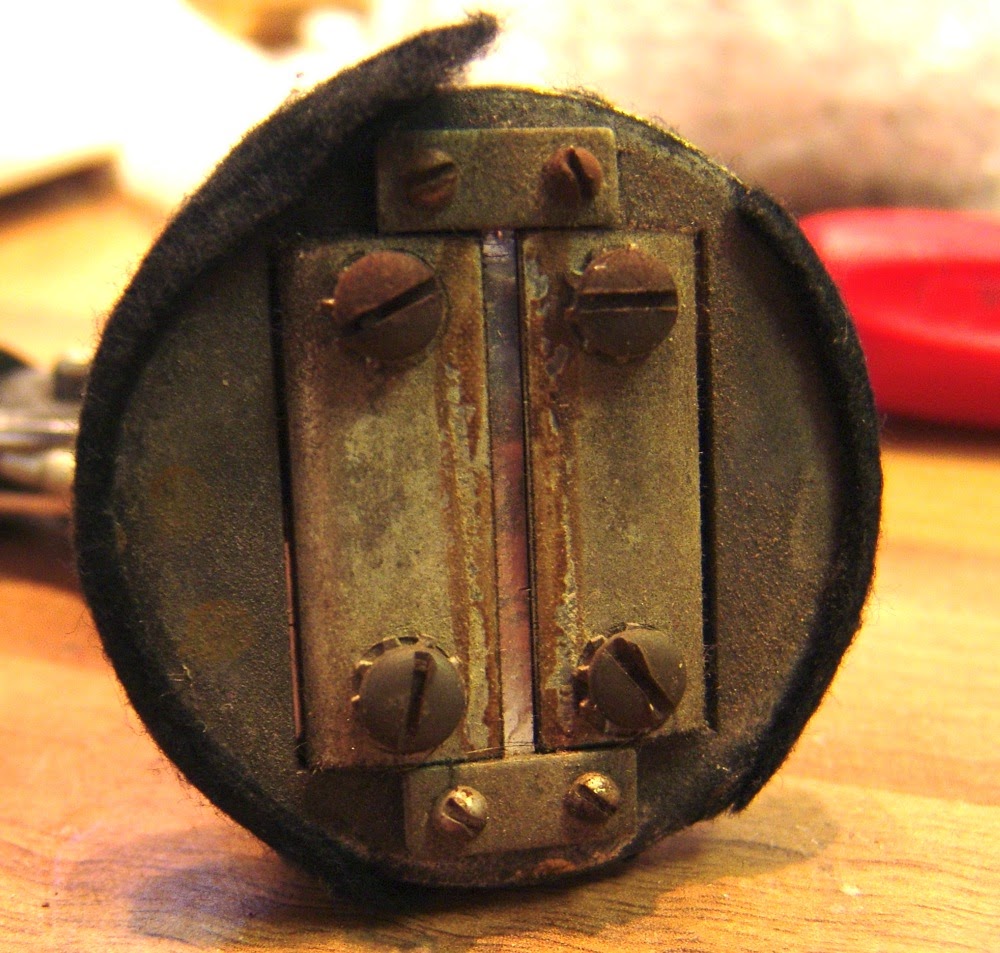 Once we remove the ribbon and clean the motor, we can see a series of slots right behind the ribbon. These make an acoustic cavity and help to control the directional pattern. 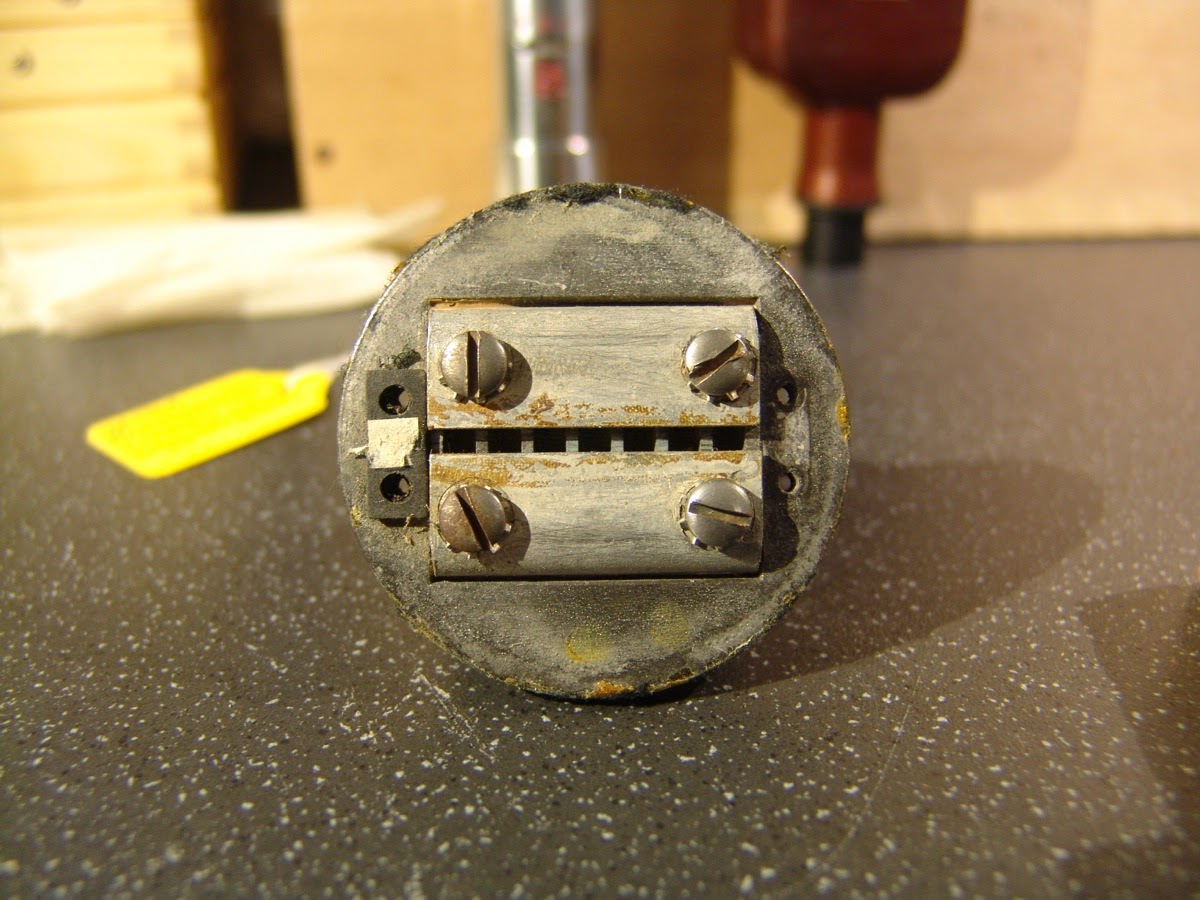 The motor design is quite basic, with two cylinder magnets behind the ribbon, covered in felt. The transformer is mounted behind the magnets. 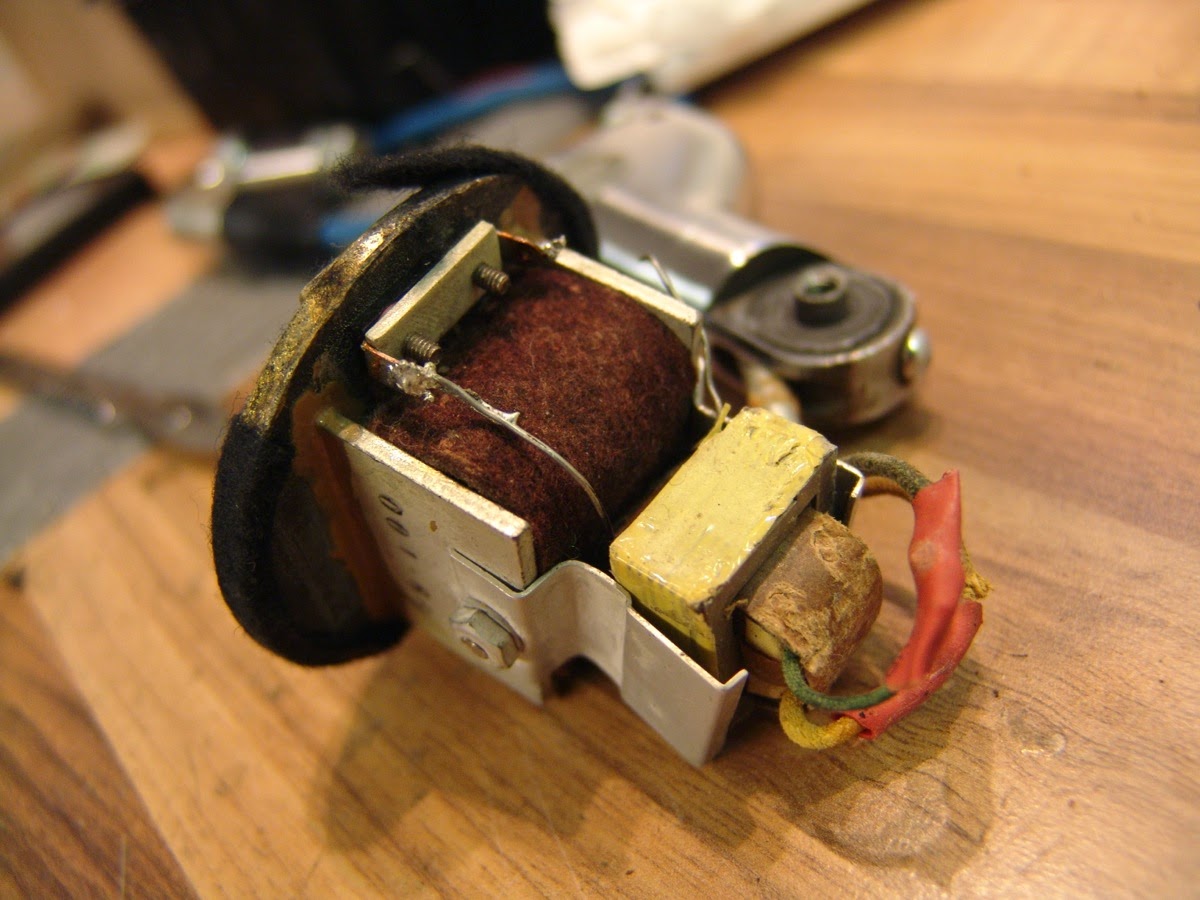 This construction and slots behind the ribbon also do odd things to the frequency response. Here is the published response chart from the Shure 508a user manual:

Even the published chart is pretty bumpy, and it seems that Shure were willing to sacrifice fidelity for directionality. And the mic does sounds peaky - definitely one for the vintage / special effects shelf in your microphone locker.
0 comments

These HMV and EMI ribbon microphones show up quite often for repair. The models are identical, just branded differently, and very often they come complete with wooden box, which survives decades in a damp shed or attic better than cardboard. 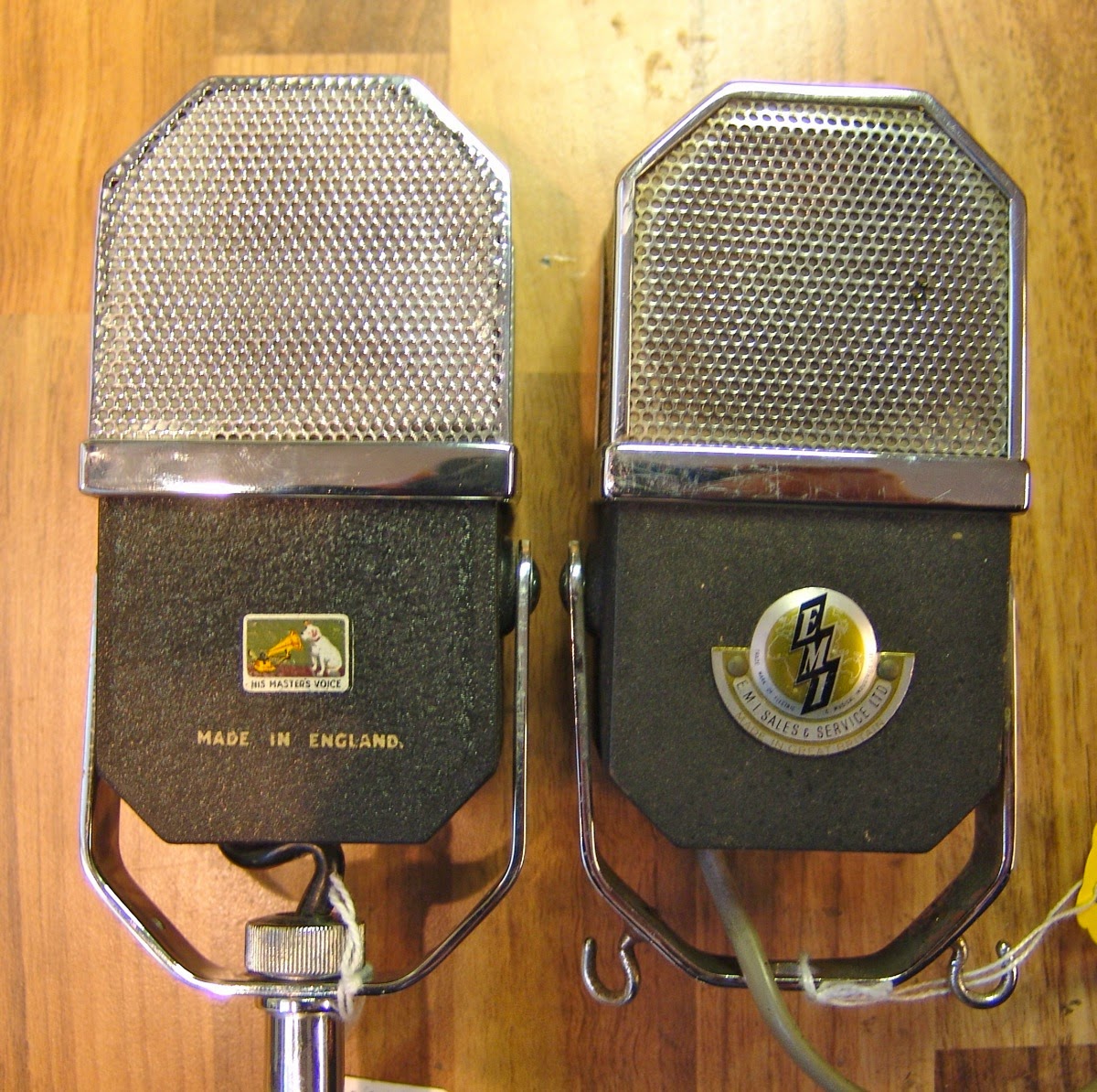 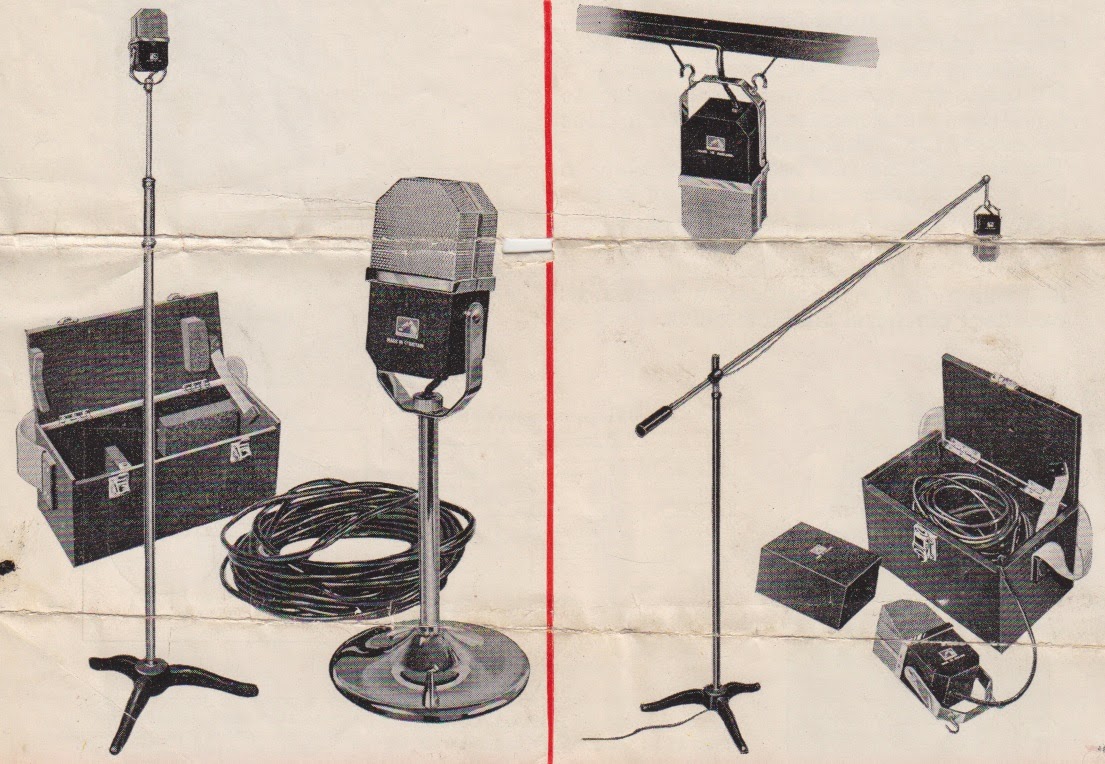 The manual confirms that they were designed to drive a 20 ohm line. I have found that most of these mics measure around 15 ohms and have really low output. A suitable matching transformer makes a big difference to the usability of these microphones.

PS, some of you might recognise this mic from Marvel's Captain America movie - it was used by Howard Stark in the scene where Steve gets his treatment!
0 comments Labels: EMI, HMV

Review of the Reslo RB by F.C. Judd

Here is a scanned review of the Reslo RB miniature ribbon microphone, 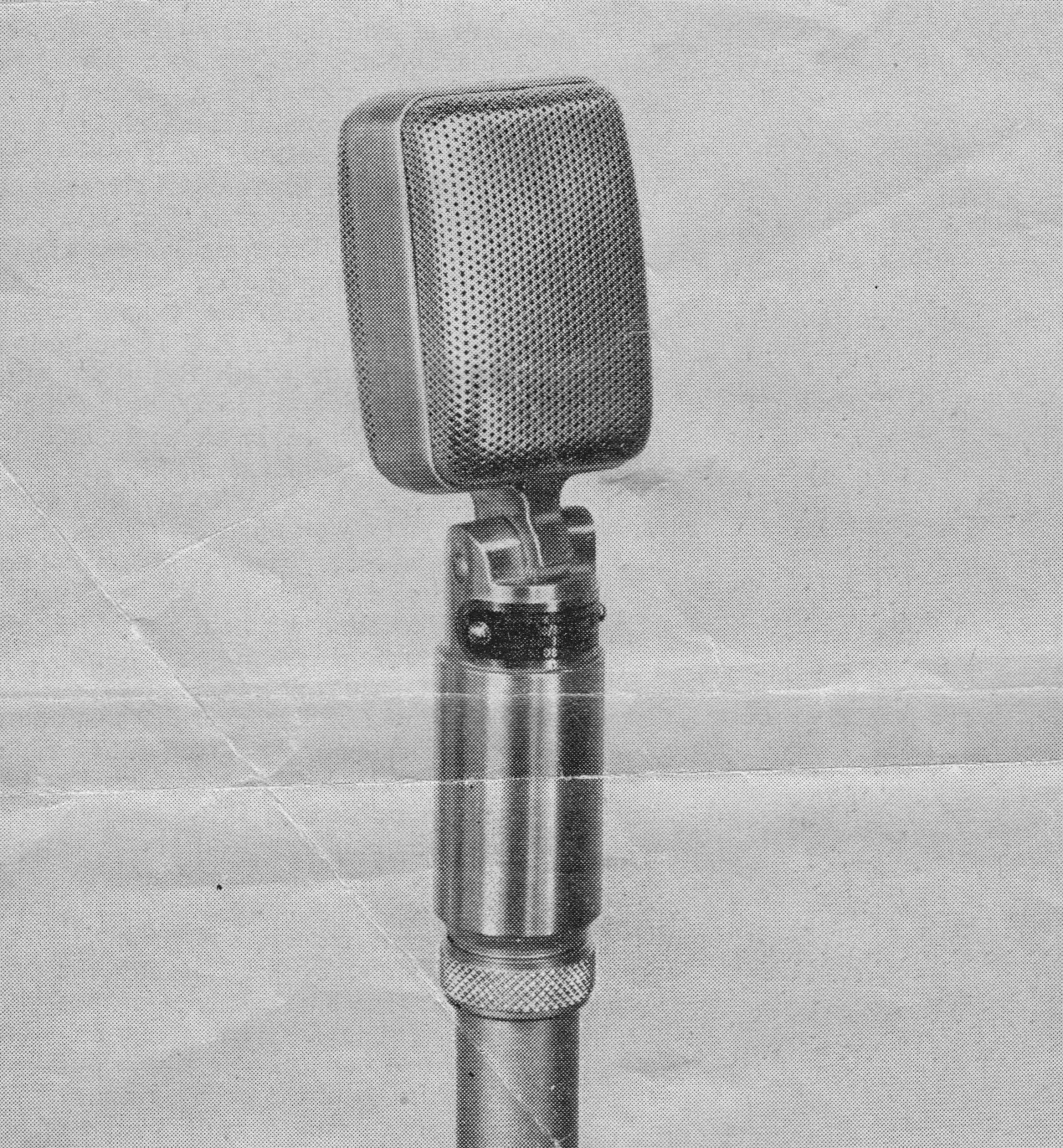 The review is written by Fred C. Judd, who was an early champion of both electronic music and DIY audio electronics. You can hear and buy some of Judd's creations at this bandcamp page.

This article arrived with a microphone but I am unsure which magazine it was originally published in. Perhaps "Amateur Tape Recording", of which he was technical editor. If you know more, please let me know.
0 comments Labels: Reslo, Reslosound 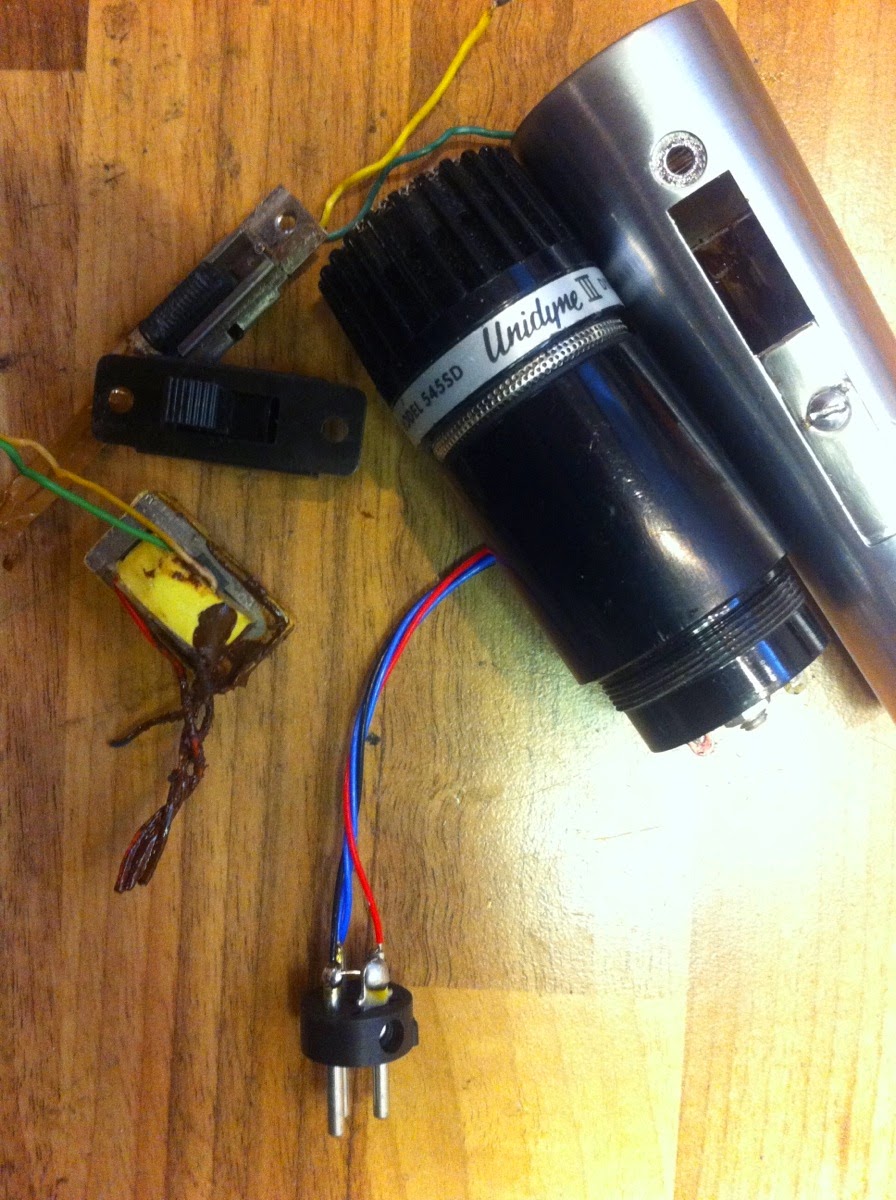 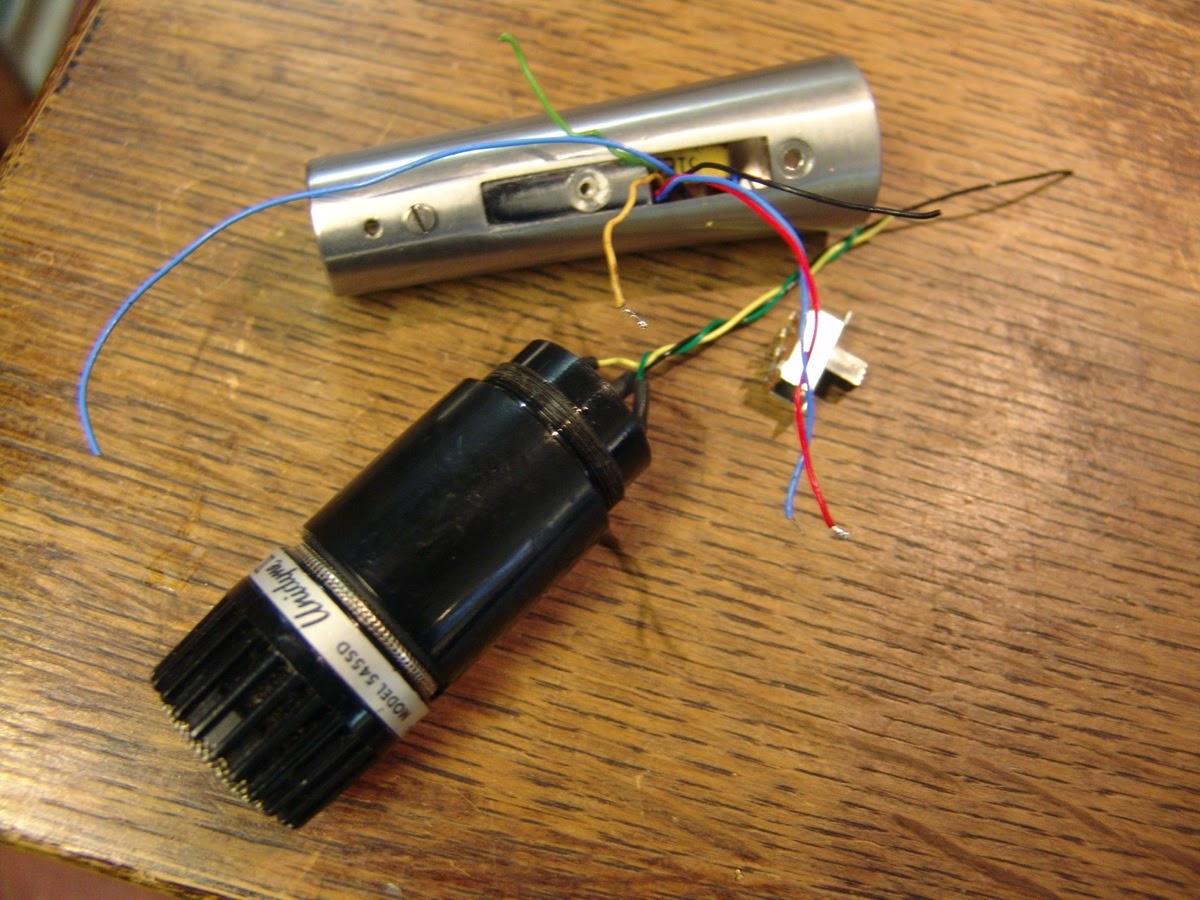 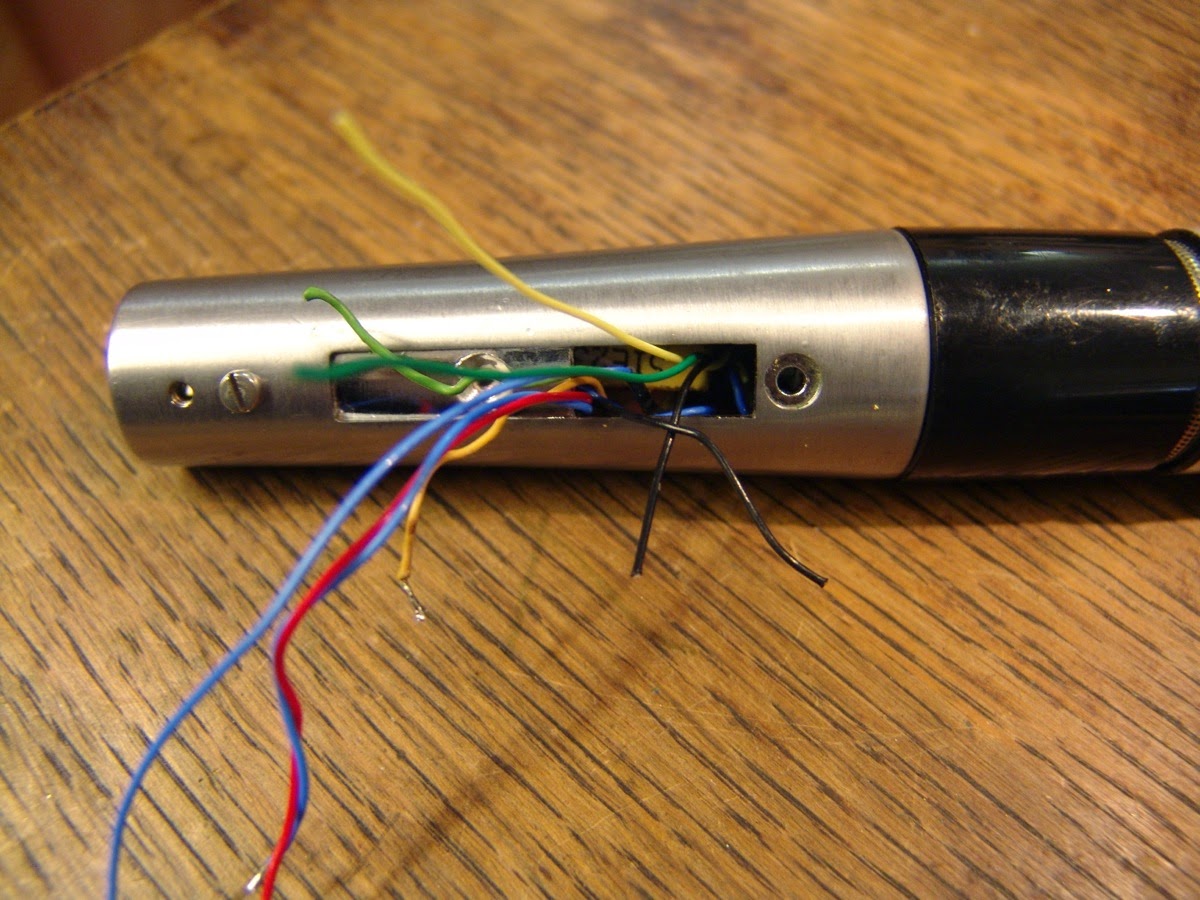 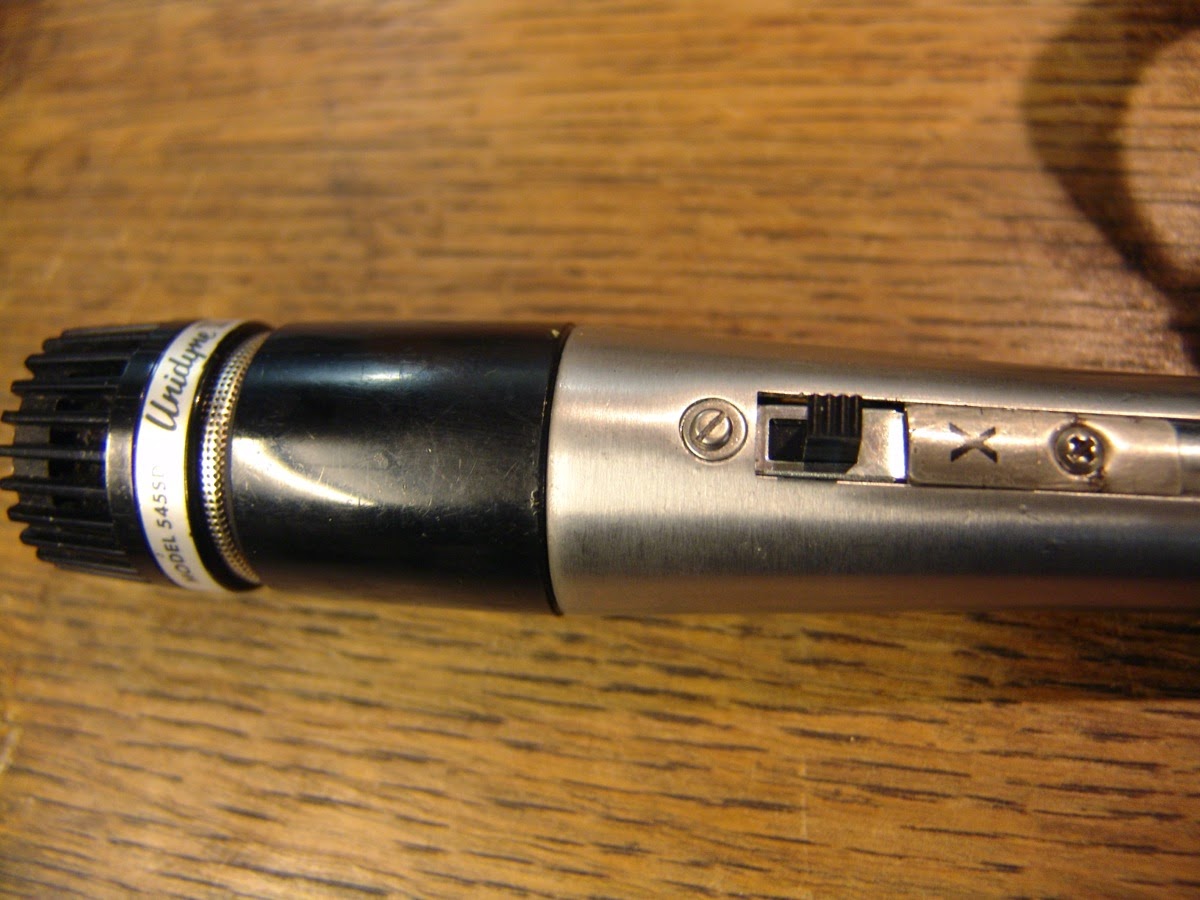