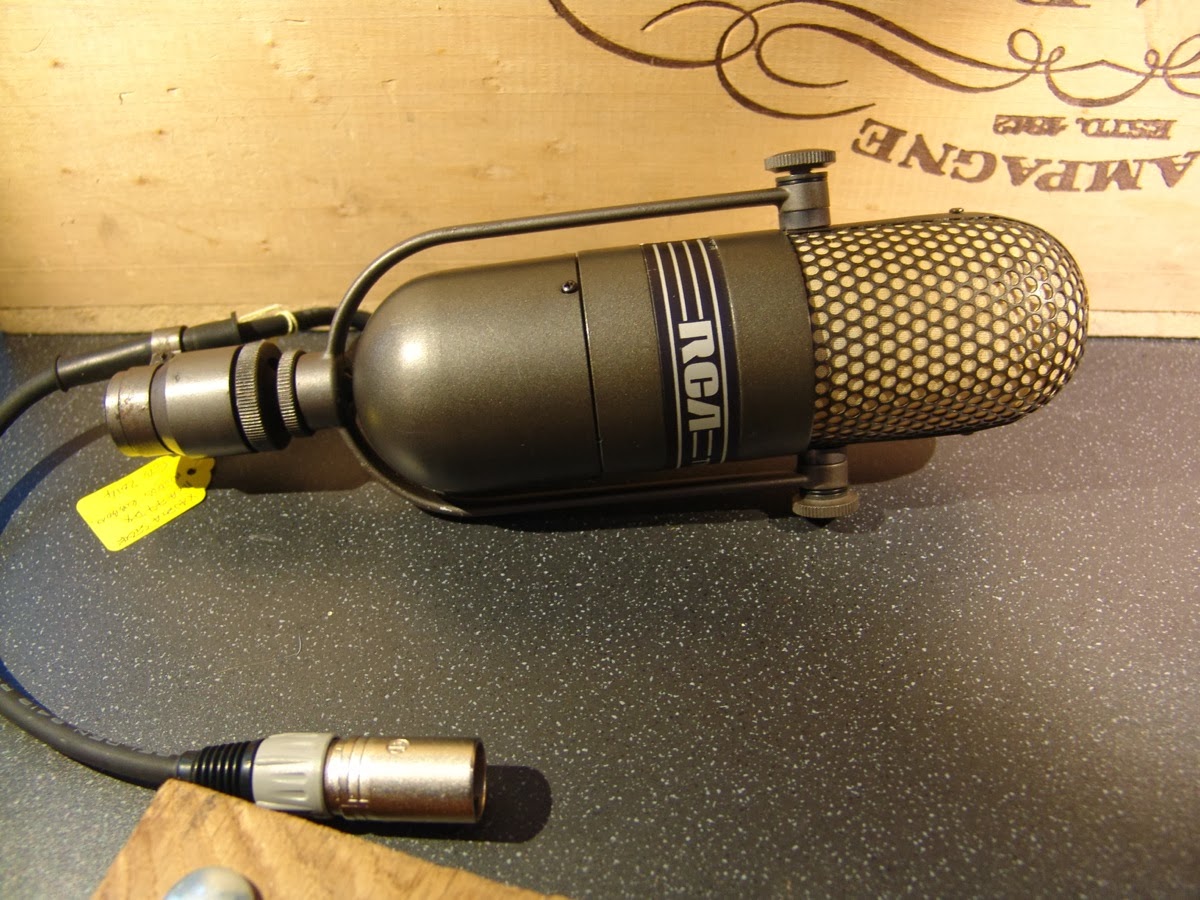 Here is a scanned user manual for the RCA 77DX. 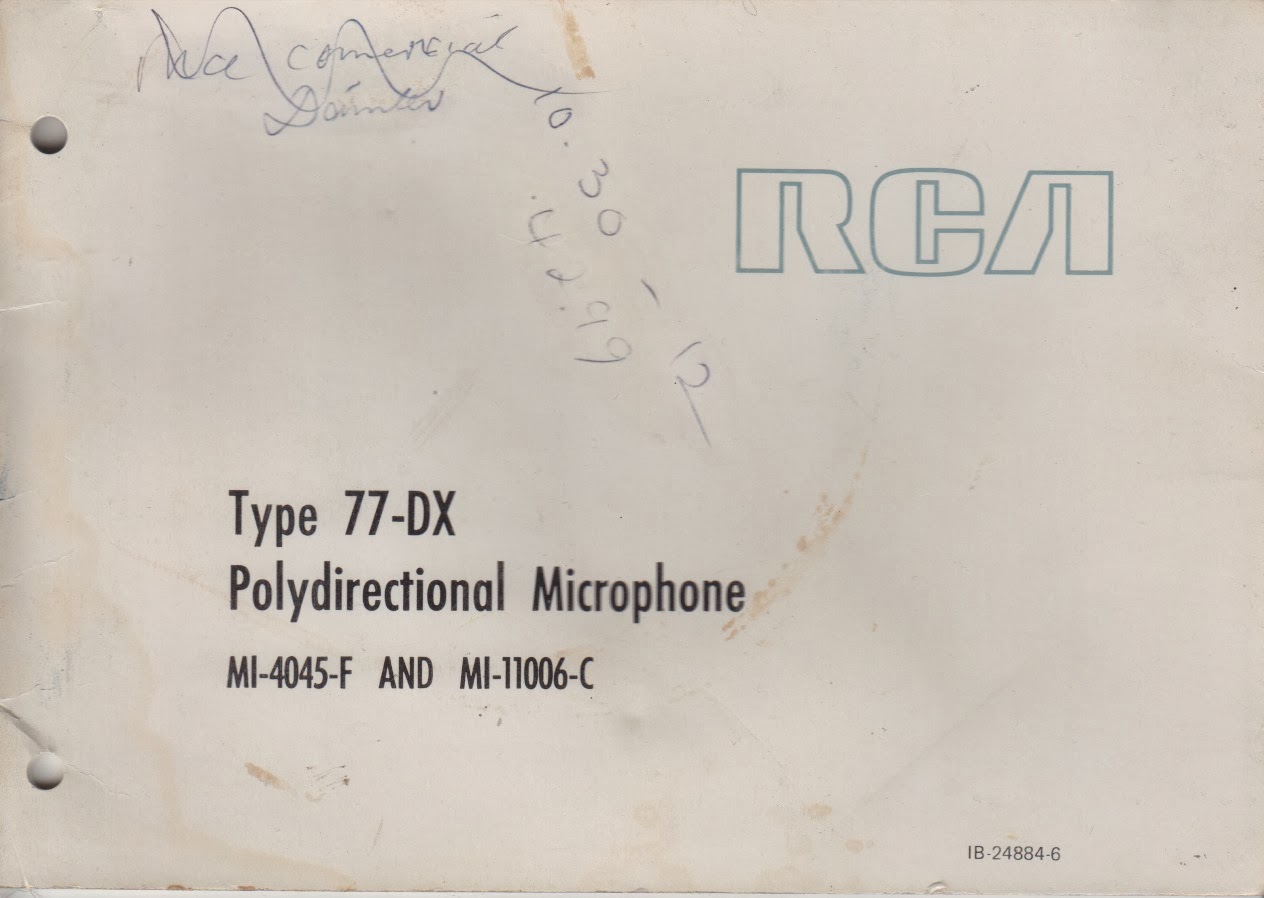 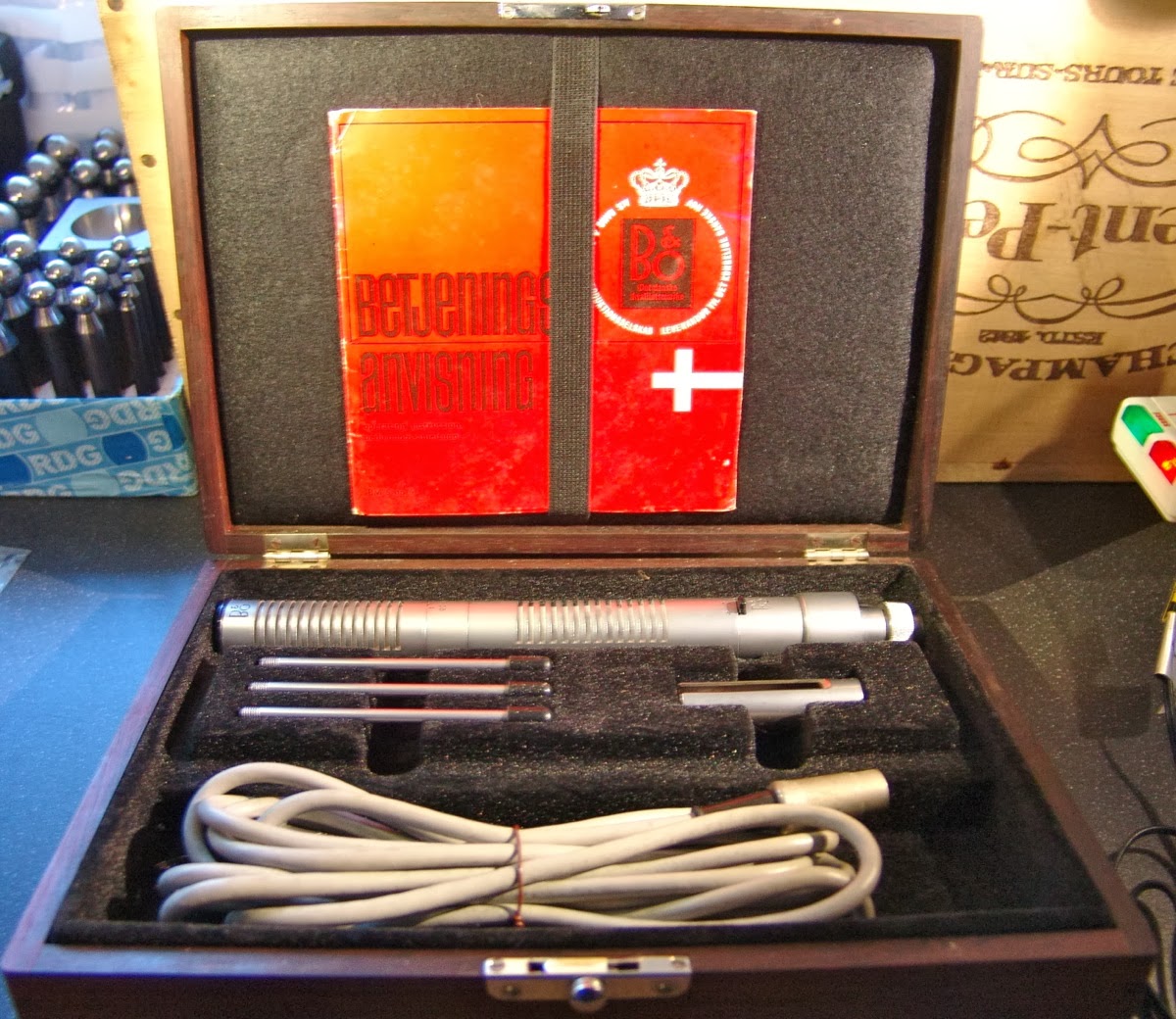 Dirk at V76 Studios in Hamburg was kind enough to share some sound files of his BM5 stereo set, recorded before and after we fitted new magnets and ribbons. Here they are...

'Blackbird' recorded with his stock BM5, before the modifications

'Blackbird' recorded with the upgraded BM5, with new magnets and ribbons

These are Dirk's impressions of his recordings...

"The difference is amazing. The mic sounds awesome now. It's about 10-12 db louder (needing only 52 db for the front for finger picking now) and it has got much more treble and presence. Still it sounds smooth and wonderful rich, without losing the transients. This mic is killer for acoustic guitar now, and also as a room mic. I also compared it to my modified RB500 Mics (with cinemag 9888 Transformers) and the BM5 now has 6 db more output and is sounding so much better. Also the Beyer M130 doesn't match it by far, IMHO.

"Both were recorded with the BM5 (60 degree angle pointing towards neck and bridge) into a TRP Ribbon Mic Pre direct into RME Converter into my DAW. No lowcut. The older recording would have been 10-12 db lower with the same TRP-Gain. For a better comparison, I choose to normalize both files. Still the new one sounds louder, brighter and more detailed. The noise floor of the older recording is clearly audible, and unnoticable with the new one – due to the 12 db more output of the mic." 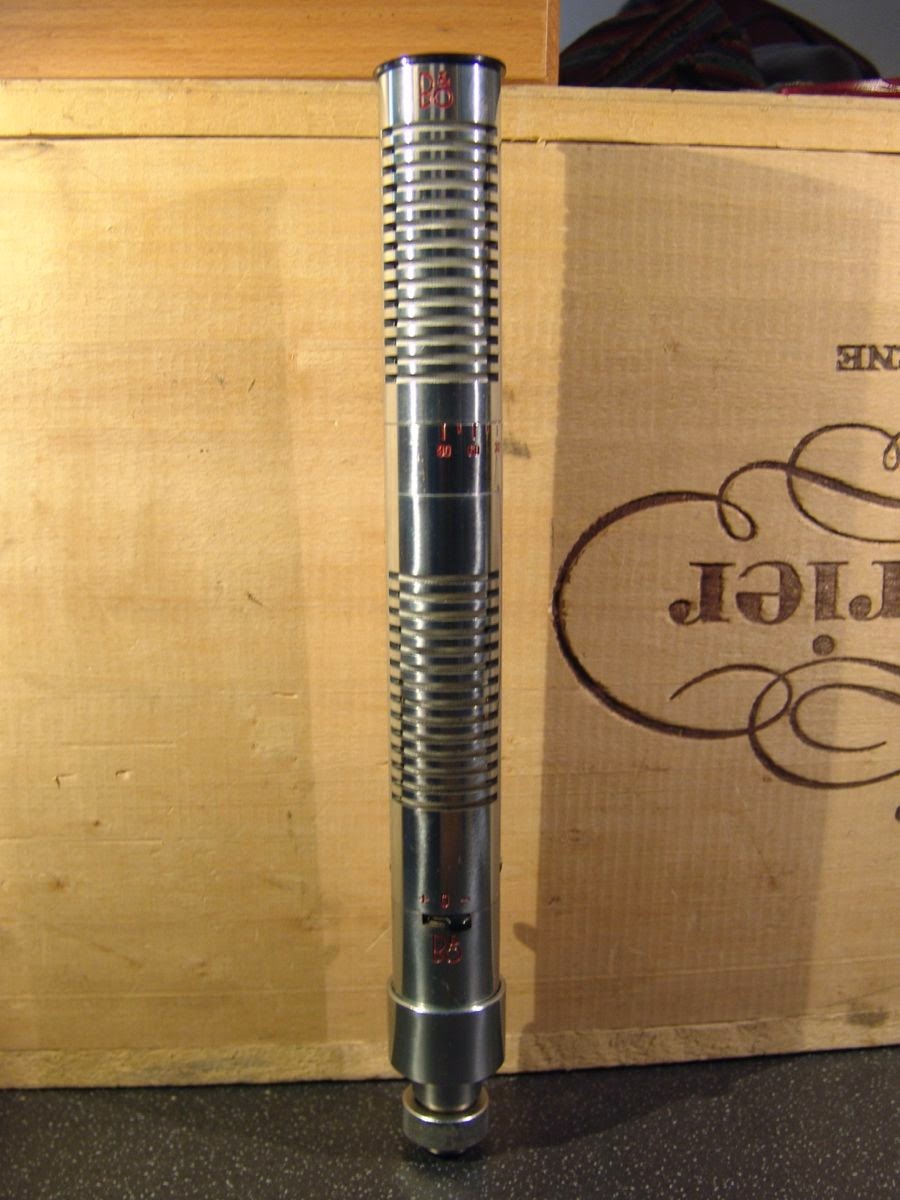 Update 21 Feb 2015.
Here are some comments from Andy at Superfly Studios in Nottinghamshire, UK, about his B&O BM5 with magnet upgrades and new ribbons.

"I'm so happy with these microphones. They have been absolutely fab to use over the past few days.
First session in was an acoustic folk duo, I used the B&O BM5 on one of the guitars and it just sat straight into the mix and sounded great. Picked up all the detail of his picking and sounded nice and rounded on the full-on sections. Just the right amount of highs for my taste as well, I normally use a 414 for acoustic and cut some of the top end, but I've got a new favourite now.

Also used the B&O for the drums today and it sounded great in the room, I love using room mics on drums and had the beeb reslo's as a spaced pair about 8 ft away (10ft apart). Seems to always do the trick in the live room and the B&O just in front of the kit at waist hight. Sounded fantastic lovely sustain to the cymbals and picked up the natural ambience of the room."
0 comments Labels: Bang and Olufsen, magnets