I am lucky to have many great customers, and some are kind enough to take the time to share their music and other projects. It is always gratifying to see how these mics are used once they go back out into the 'wild'.

Hewdie is a long-standing customer who was kind enough to send in a copy of his excellent new album.  I have serviced many of his ribbon mics over the years and these feature extensively on the recordings - including a B&O BM3, RCA 74B, Lustraphone VR53 and a couple of Beeb Reslos. The album is well worth a listen.

Andy Wright used his Beeb Reslos to record The Kimpton Players in their radio play production of Noel Coward’s “Brief Encounter”. Here is a photo of the Beebs in action...

And Jose Estragos was kind enough to send in these photos of his band Los Brandys, in action with their fine Reslo CR microphones. I will let you guess their influences! 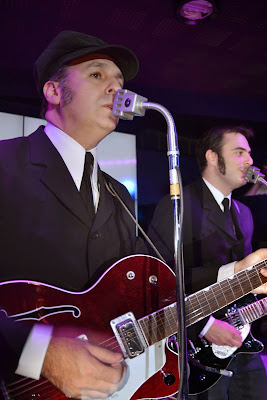 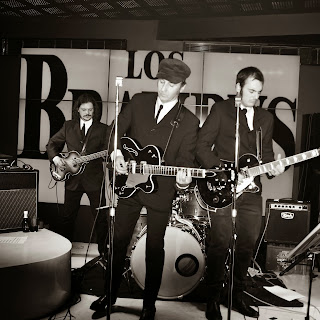 Producer Tony Fitz used a pair of our 'Beeb' modified Reslo RBs for the drum overheads in this track.. 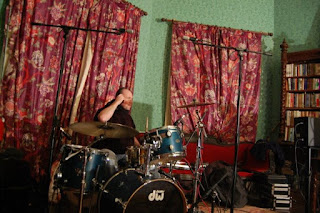 Have a great Christmas & New year - and good luck with all of your holiday projects.
Stewart
Xaudia
0 comments Labels: Customers, In Action

'The Beeb' Reslos - also in black!

It is time to down tools for the holidays - this year we are part way through preparing a new batch of modified 'The Beeb' Reslo ribbon mics. The Beebs get a new ribbon, new transformer and XLR upgrade, along with a few other small tweaks. These will be available in January. 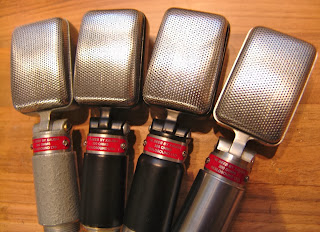 This batch now have their own metal badge, which looks great. In addition to the usual chrome and hammertone mics, we also have some rather smart looking black microphones, which have a tough powder-coating finish. 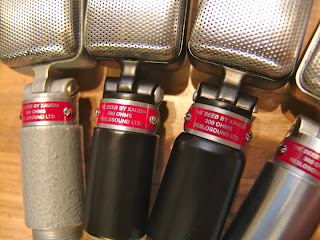 The sound is still the same :)
0 comments Labels: Reslo, Reslosound

I thought this was a switch... but it isn't!

I had expected the red thing on the rear of this Amperite RB ribbon mic to be a simple on-off switch:


In fact the knob is connected to a cloth-covered metal plate which slides up and down, blocking the rear of the mic. This is a mechanical method of altering both the pickup pattern and the frequency response.


When open, the mic will be a normal figure-8 pattern. Closing the vent will reduce pickup at the rear, and also make the mic sound brighter by reducing the proximity effect.


The mechanism is not as sophisticated as, for example, an RCA 77DX, but at least they made an early effort to offer engineers a new flavour.

As promised (or threatened), MOTM is back, and December's microphone of the month is the Melodium RM6.

Although much much smaller in size than the Melodium 42B, the RM6 takes some of its design philosophy from its predecessor. The motor assembly has horseshoe magnets above and below the ribbon (like a tiny RCA 44BX), and an inductive filter with multiple cut-off frequencies. It also has an obsolete and hard to find proprietary connector, albeit a different one from the 42B. 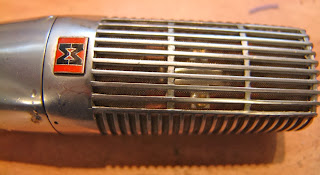 The body is made from cast metal which has a tendency to crack, and the first challenge is to get inside the mic without damaging it. There are three tiny metal pins pushed through the mic that fix the grill to the lower body of the mic. These need to be pushed all the way through the mic so that the grill can be removed, and usually these can be found stuck to the magnet, although one will inevitably go missing! 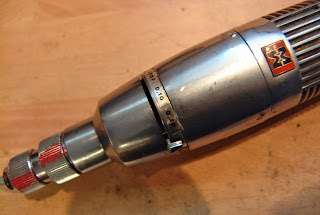 To remove the mic completely, the connector must be unsoldered and the switch tip removed. Once inside, we see something that looks like the Easter Island statues!

The ribbon is hiding behind the baffles, and the motor requires quite a lot of disassembly before the ribbon can be accessed. The ribbon itself is about 1.8 mm wide, so a bit fiddly to fit. Like most mics of a certain age, half the problem is that the ribbon has become oxidised and stiff, and the other half is small particles of wild iron that that have become stuck between the pole pieces, preventing the ribbon from moving freely. 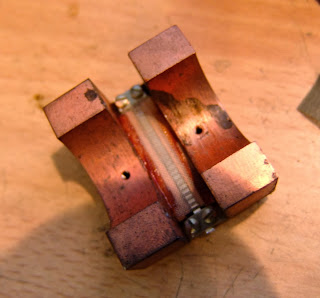 Removing the strong magnets made cleaning and re-ribboning a lot easier! The transformer and filter inductor are housed in a mumetal can, screwed beneath the motor assembly and above the filter switch.

As usual, the mic sounds best without the high pass filter engaged, although I can imagine it being useful to compensate for proximity effect when close micing some instruments.

There doesn't seem to be much information about this mic available on-line, but I have scanned an old Melodium catalog featuring the RM6. There is also a French language review of the RM6 over at Audio Fanzine. They seemed to like it, and gave the mic 9 out of 10!
0 comments Labels: Melodium, mic of the month 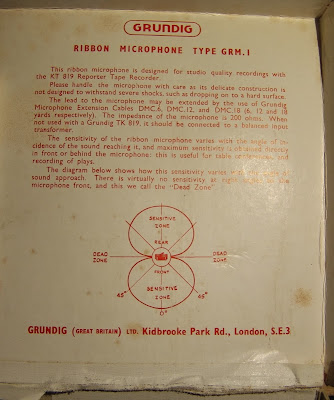 Here is some amusing copy from the box of a Grundig GRM1, a.k.a.  Lustraphone VR53. Above the nice diagram of the the figure 8 pattern, it proudly states "There is virtually no sensitivity at right angles to the microphone front, and this we call the "Dead Zone". Now we know what to call it!

The Xaudia blog has also been a bit of a dead zone in recent weeks, due to lots of repair work coming in. Things are getting back under control, so more microphone related posts and info will be coming soon!
0 comments Labels: Grundig, Lustraphone