My friends in The Savoy Ballroom needed some stage DI boxes for their numerous acoustic instruments. They wanted to be able to mute the signal whilst tuning up or switching instruments, so I build these nice little boxes for them. 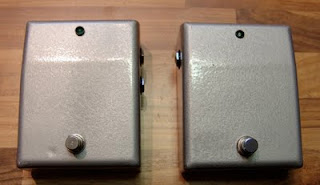 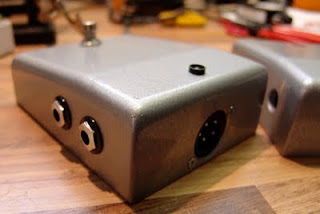 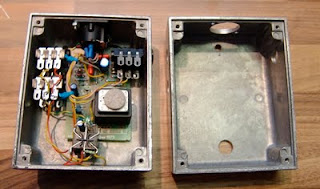 They are based on Bo Hansen's easy to make design, but with added bells and whistles - well, a switch, a lamp and an extra output. 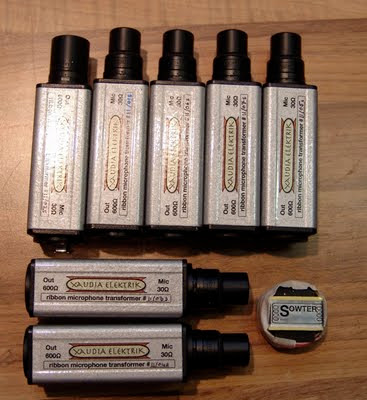 This week we have been building lots of little transformer moxes to match vintage 30 ohm ribbon mics to modern mic preamps. Correct impedance matching can deliver a +12 dB increase in level without noise penalty or loss of frequency response, which is welcome for many older microphones. Here is how a Reslo RV microphone behaves with and without the transformer:

They are suitable for many old microphones including the following: 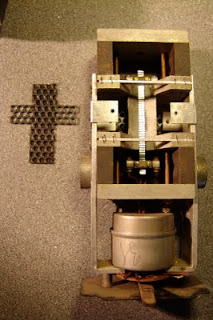 April's MOTM was a nice old Framez ribbon mic, and its chunky Meazzi sister also made an appearance. Here's the article... and here are the microphones: 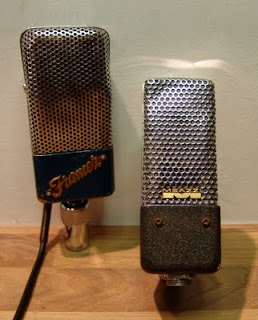 I've had the opportunity to compare these in the anechoic box - here's how they look (click to enlarge).


The Meazzi has an overall flatter frequency response, but in both cases there is a significant peak around 4KHz, which should add attack to recorded percussion and clarity & presence to vocals. The Framez is slightly more sensitive in the mid range, but falls away somewhat below 150 Hz.

Whilst revisiting these mics, it is worth looking at the Meazzi's perforated backplate resonator, which contributes to the pickup pattern and frequency response. 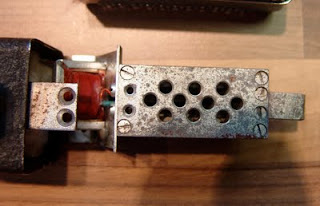