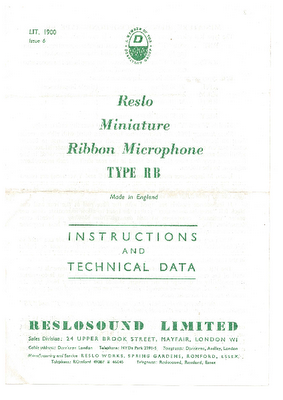 Today was spent recording three tracks with The Falling Spikes, a seven piece newgaze outfit, with hints of Mogwai, the Beta Band and Spiritualised.


The mic lineup included lots of ribbons - we used a Melodium 42b on keyboards, RCA 44 on guitars, and the Cowley and Tripp 'Naked Eye' Roswellites on both snare and Alex's guitar. The room mic is a Josephson C720, set up for stereo. The Melodium came out again for the main vocals, and running it through the Altec vari-mu compressor gave a smooth rich tone that works well with the reverb bath that is beginning to take shape.