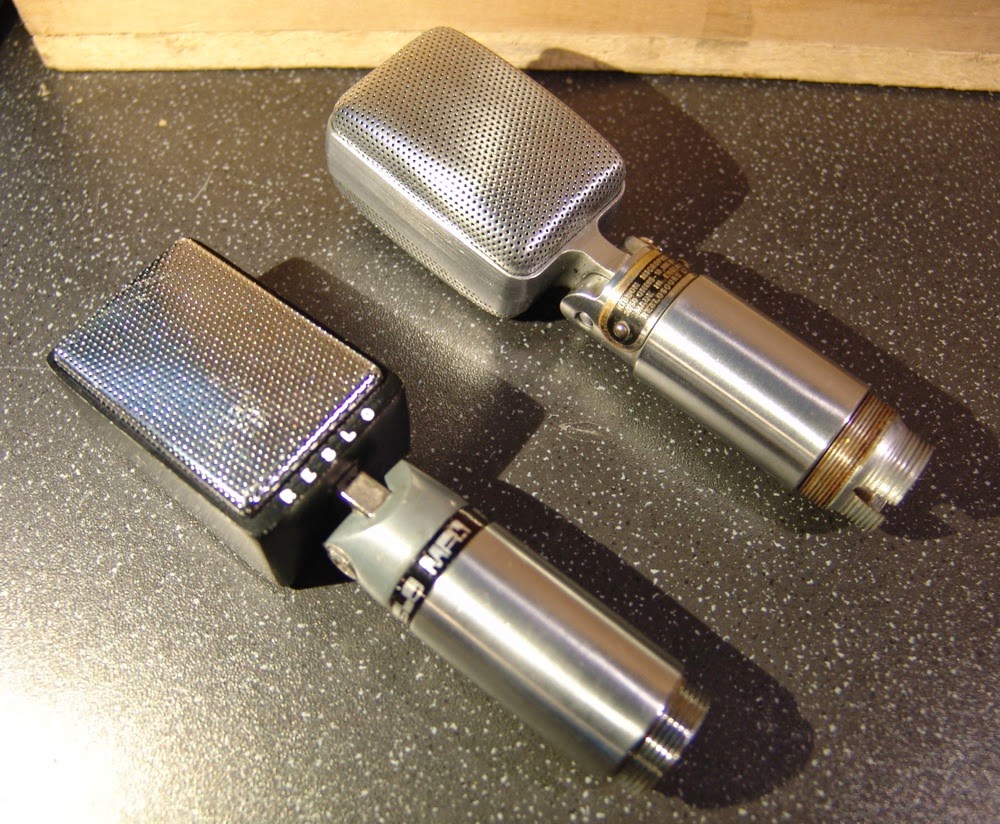 Here is a scan of a 'manual' from 1973 for the Reslo MR1 ribbon microphone, which was the successor to the popular RB model. 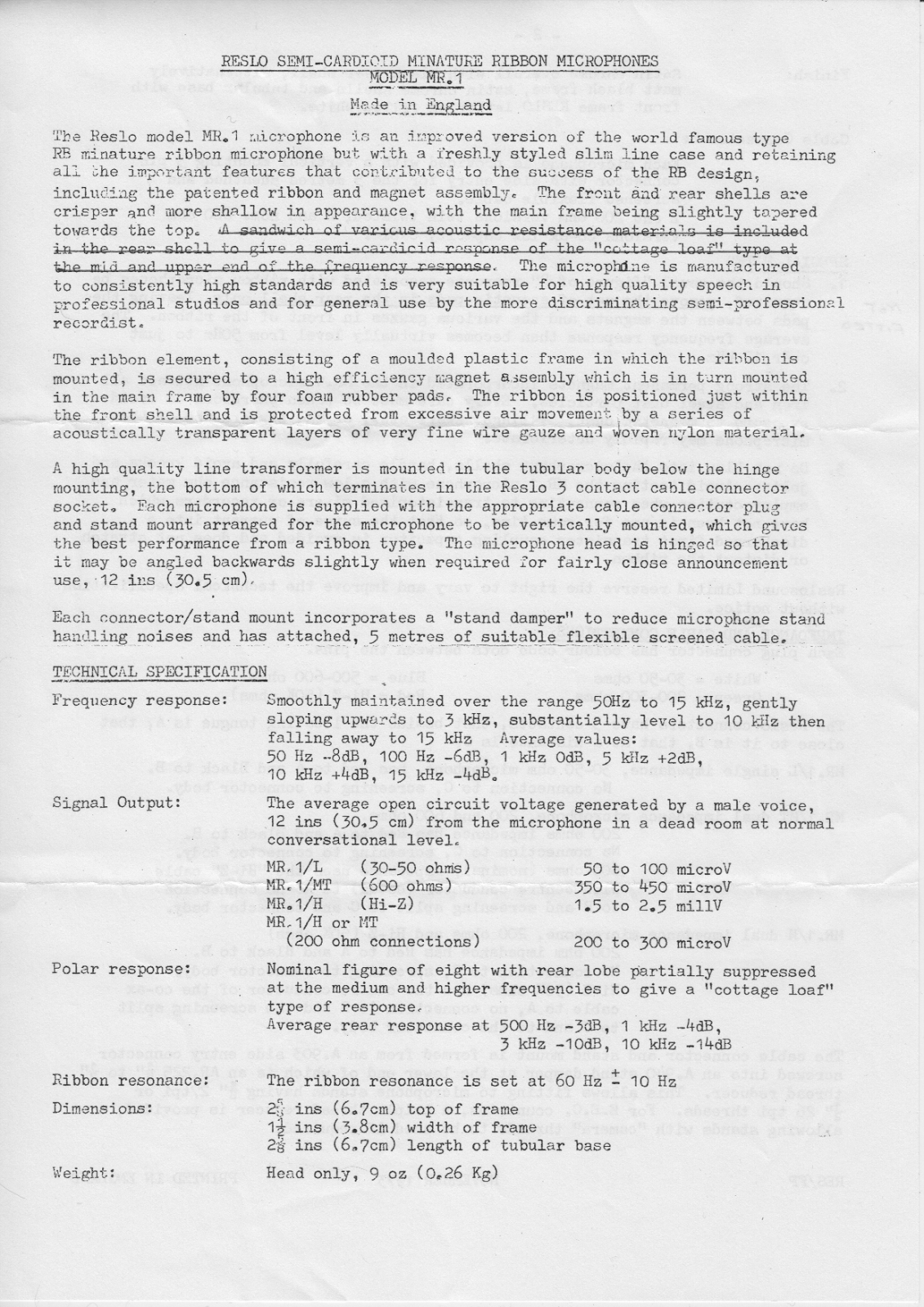 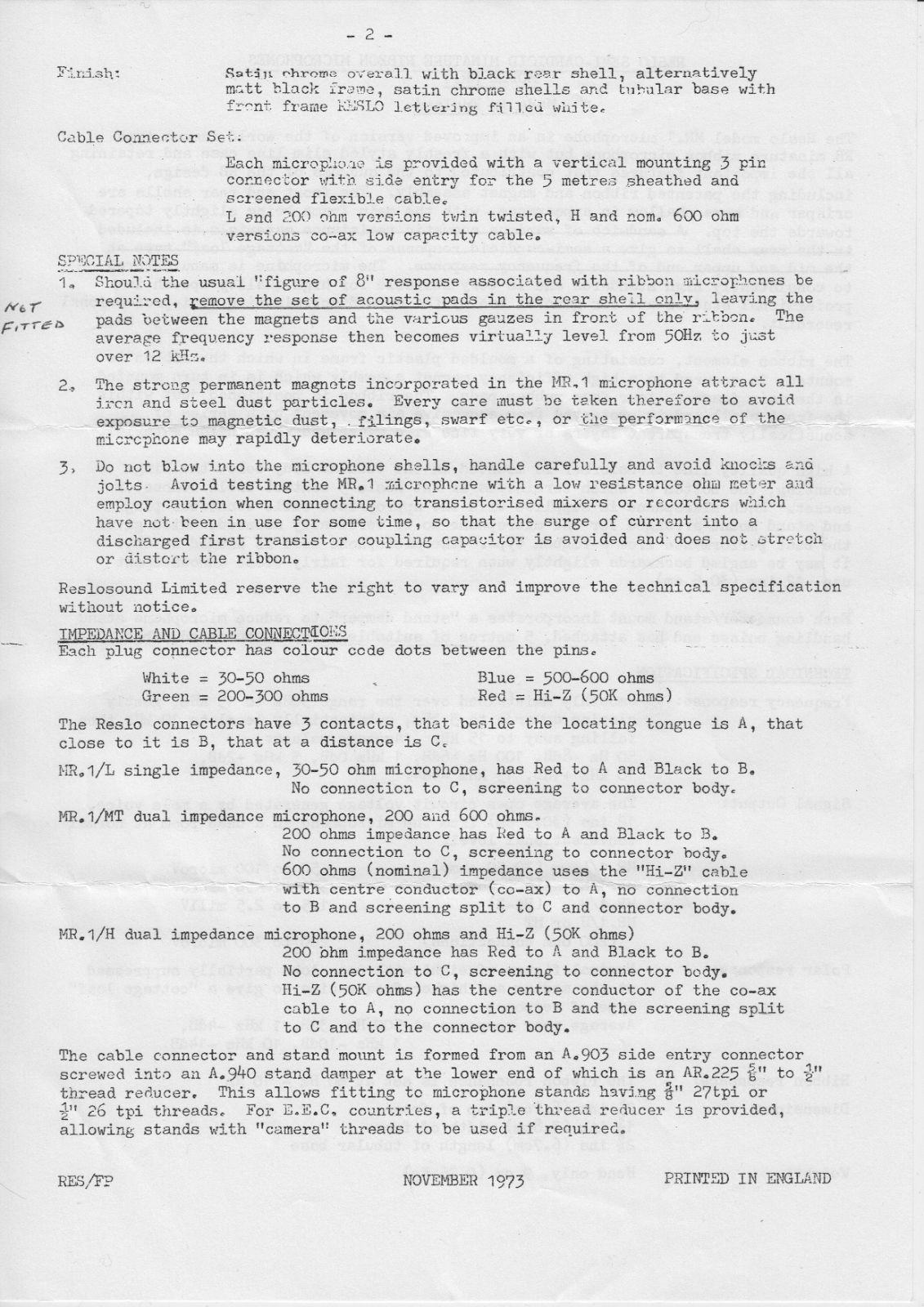 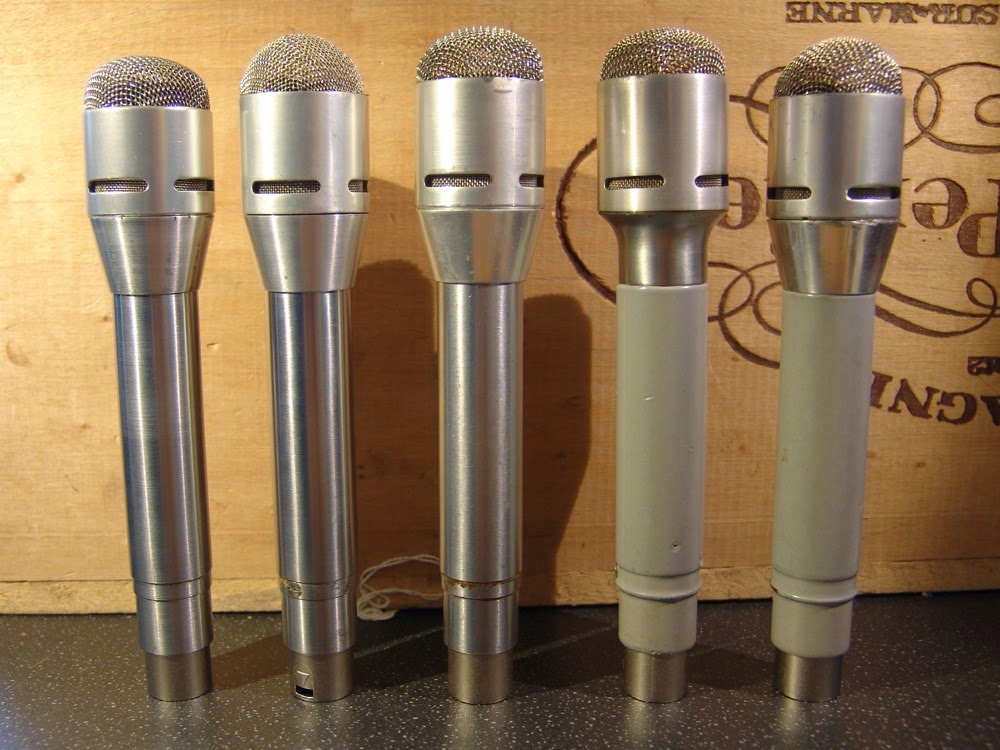 Reslo are of course best known for their ribbon microphones, particularly the RV and RV models, However, it should not be forgotten that over the decades they made many dynamic microphones, and even some condensers too.


The earliest Reslo dynamics seem to be the VMC and VMC2, with the initals standing for Velocity Moving Coil. These had a big heavy permanent magnet and a paper diaphragm, and are really rather lo-fi devices. These two models are more or less the same inside, although the VMC was hard-wired, and the VMC2 had a new grill and an output plug.


In the late 1960s Reslo made a range of more modern light hand-held dynamic mics. The UD1 used a Japanese-made capsule which sounds rather good, of comparable quality to the Shure mics of the era. I have seen transformerless 200 ohm models, and also a dual output 30 & 600 ohm version with a transformer in the body to convert the impedance.


The UD1 was apparently used by Bob Dylan at the 1969 Isle of Wight festival!  Here is an advertisement scan from the Reslosound blogspot…. 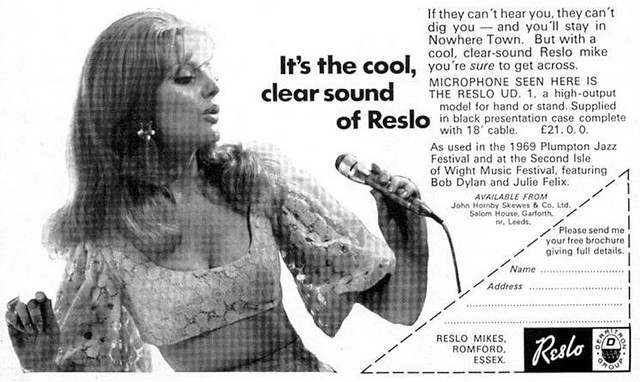 The advertising also mentions a high impedance model, although I haven't come across one yet.

Some of the UD1 mics were hard-wired to the cable, and it was also supplied with a Reslo connector, and later a 3-pin din plug, with different impedance options available through the different pins. They are wired like this, with one side of the capsule and transformer primary wired to the output socket.

In addition to the UD1, there was a short stubby version that used the same components, and would often have been used with a gooseneck adapter. Pictured below is also a smaller dynamic mic for use with a tie clip. 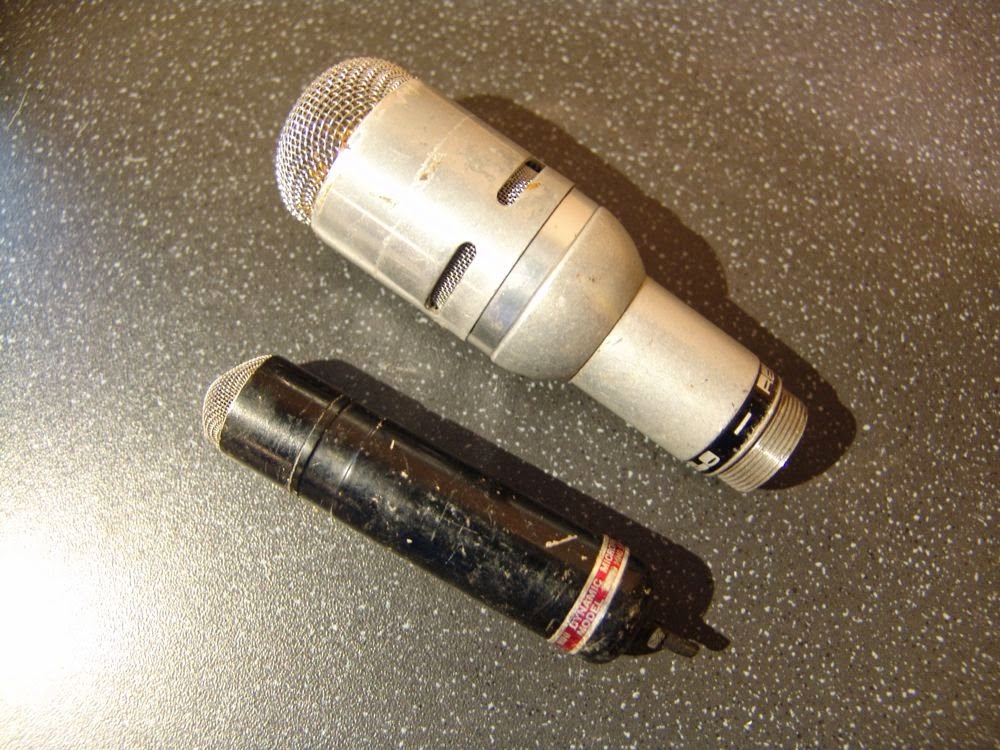 These models appear to have been replaced in the 1970s by the Reslo Superstar range, which were essentially the UD1 with an updated body and grill. The Superstar was supplied with a DIN plug - I have converted this one to XLR.