February's MOTM is a ribbon microphone made by Zephyr, of Australia. It's nice to see a microphone that begins with the letter Z! 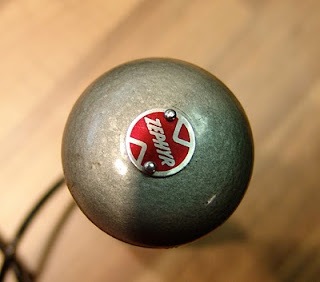 The mic has a very "retro sci-fi" look, with hammerite paint and a punched metal grill. The name plate reads "High fidelity velocity microphone type 30RA, but despite the misleading model number, the mic is actually a high impedance mode, and the output transformer is marked "50K'. 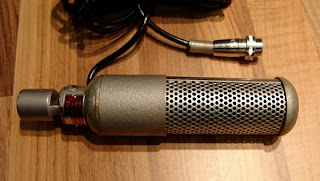 The magnets are still healthy on this one, kicking out around 2500 Gauss between the pole pieces. The ribbon is 2.5 mm wide and 28 mm long, similar in scale to a Reslo RBL or Grampian microphone.

The back of the ribbon element is covered in lots of felt, to stop air blasts and brighten the mic for vocal use. Removing some of this opens the sound up a bit. This beast was probably intended for use with a home tape recorder, and would have worked very nicely in that application. 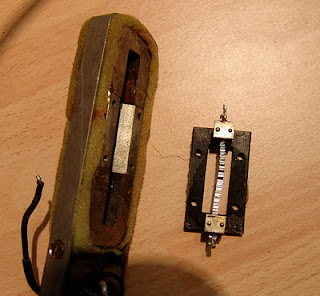 The ribbon itself is mounted on a removable plastic saddle, which makes servicing very simple. Which is a good thing, because this one is stretched. This idea is also seen on Reslo and other microphones.

With a new ribbon, and a suitable impedance-matching buffer, the microphone sounds rich and full - well worth the time spent to get it up and running again.
0 comments Labels: mic of the month, ribbon, zephyr

After a morning with glue and a staple gun, sticking acoustic foam to the soft walls, our new microphone testing chamber is up and running. Here are a couple of photos.... 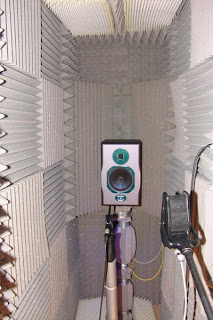 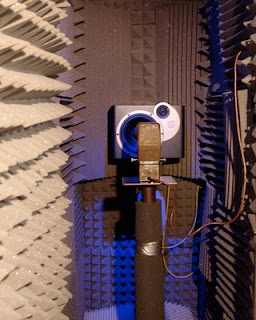 The chamber is hooked up to pink noise and swept-sine equipment, and can collect a frequency plot in a matter of seconds. I'm still working on validation, testing different speakers and mics for best performance, but the facility is already proving its worth.
0 comments Labels: Test equipment, Workshop

It's been a quiet month so far for blogging, but a busy one at Xaudia.

We've spend the last week building a new microphone workshop in the basement below the studio, including an 'anechoic' isolation booth for mic testing. Ralph & Jane have been helping out with building and painting.

Here's the empty room, waiting to realise its potential: 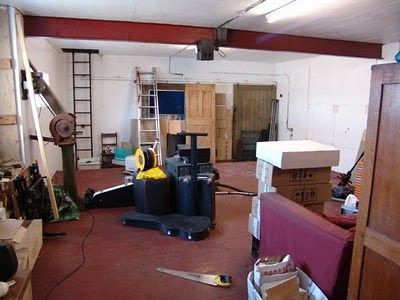 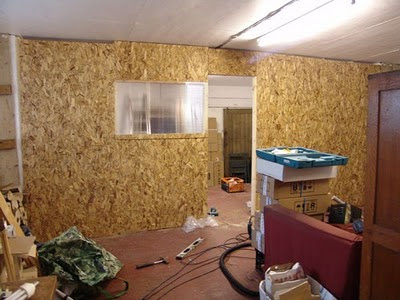 A door, window and a slap of paint 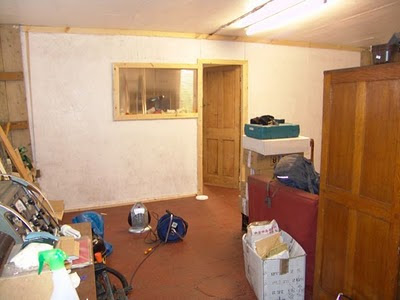 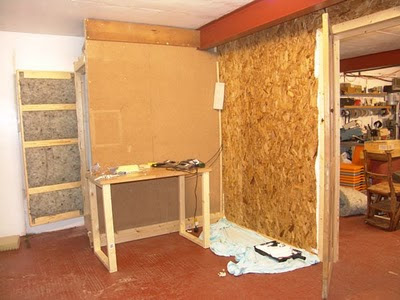 And with the test gear going in: 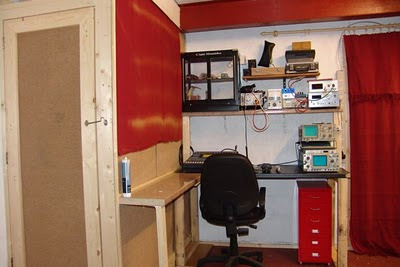 The door on the left is an isolation / semi-anechoic box for testing mics or punishing drummers. The sound treatment is on order. 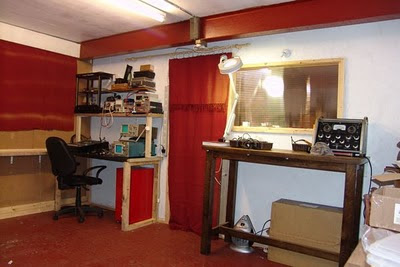