Last month I posted about a Toshiba copy of the RCA BK5. Here we have Toshiba's take on the RCA77 DX....

The Toshiba model K was one of the later Japanese ribbon mics. By this point they had really mastered the technology and were producing high quality microphones to rival to the American mics. It is slightly shorter than an RCA 77DX, but is equally heavy and well built. I very much like its stubby looks and slotted grill holes.

The model K was designed to broadcast standards, and this specimen was obviously made for NHK (Nippon Hōsō Kyōkai, or Japan Broadcasting Corporation), which is Japan's equivalent of the BBC. Like most Japanese ribbon mics, this has a 600 ohm impedance and gives a strong output. 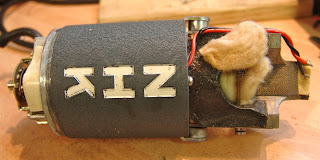 Inside the mic, the motor is based around a single strong horseshoe magnet, with the ribbon held between two chunky pole pieces.

Like the RCA 77DX, there is an acoustic labyrinth made from a series of holes with connecting channels, which goes up and down the centre of the mic. Two thick wires take the signal from the ribbon, through the labyrinth, down to the transformer below.


The pattern control uses a choice of baffles to partly or entirely redirect the rear of the ribbon into the acoustic labyrinth. This turns the mic into a pressure transducer when the rear baffle is closed, giving a more omnidirection pattern. 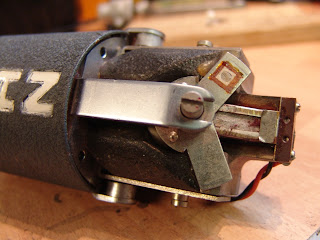 It differs from the RCA design: the 77DX has a a cam shaped copper plate that allows the rear vent to be opened by incremental amounts, whereas the Toshiba has three discrete positions, which are labelled...
And in an attempt to beat the Americans, on the bottom of the mic there is a switch for a 6 position variable frequency high pass filter - the RCA77DX only has three! 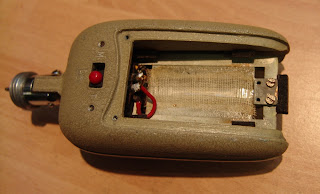 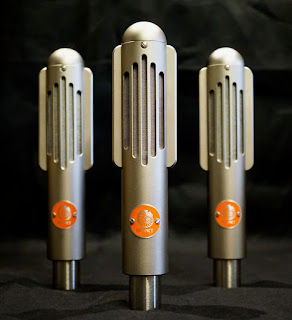 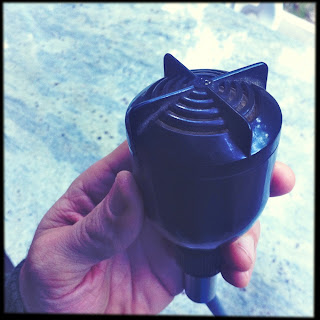 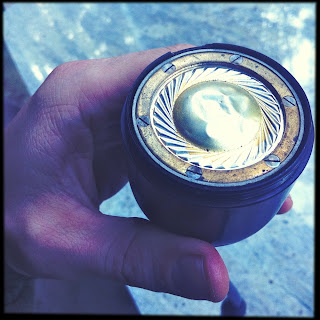 Here is a pair of funny little Geloso dynamic microphones, one is in pieces already.


The build quality is nice - better than the early Geloso mics which tend to crumble. It has an internal two-bobbin humbucking transformer, to give an output impedance of 250 ohms.


The diaphragm is made from a light plastic for fast response, and they sound nice, if a little light on  bass.

They use an annoyingly unobtainable 4 pin connector - I feel an XLR mod coming on...

Reslos are best known for their ribbon mics, but they made some dynamics too.

This early model is labeled 'Dynamic - PGD', which one assumes stands for Pressure Gradient Dynamic. It proudly says 'Reslo', on the badge -  the later RB mics were mostly labeled 'Reslosound Ltd'. 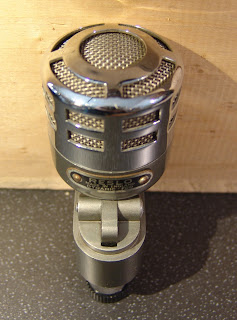 The PGD appears to be made of leftover parts from the RV ribbon mics. The base of the mic is the same, complete with swivel mechanism, and the grill looks like a cut down version of the RB too. As usual it uses the annoying Reslo plug.

There is space in the base of the mic for an output transformer, although this 30 ohm example doesn't need one. I don't yet know if they were produced with other output impedances, but it would not be surprising, as later models like this pencil mic came with switchable outputs.


Like many early dynamics, it has a pressed aluminium diaphragm, which is heavy and stiff compared to later polymer film designs. Consequently has a quite lumpy response. Here is a frequency plot for one mic - other examples may differ!

Carbon microphones were one of the earliest audio transducers, and were used for radio broadcasts up until the mid 1930s, when they were superseded by ribbon microphones.

They were really simple devices, with small particles of carbon packed into a space between two electrodes and pressed against a plastic, mica, rubber, or wax paper diaphragm. When connected to a battery supply, a current flows through the mic which is modulated as the sound impinging on the diaphragm compresses and releases the carbon particles.

I have been meaning to investigate carbon mics for some time, so when a couple came up for sale for £10 each, it seemed like the perfect opportunity to get my hands dirty. Literally. In German these are called Kohlemikrofon, which also translates as 'coal microphone'. :-)


The body of the mic is made of an insulating material, in this case a block of marble. The classic Marconi-Reisz microphone also used marble - this one is clearly a copy of that mic. Others had bodies made of wood, which must have been cheaper to make. Four hooks screwed into the body would have been used to suspend the mic within a metal ring, using springs or rubber rings, like this nice example at the ORBEM website.


After many decades this example is in pretty poor shape: most of the carbon has escaped into the wild, and the diaphragm is cracked and perforated. I wanted to try and get this working again, for fun and as a learning experience.


The first step was to clean everything up in the ultrasonic bath, and the brass terminals were given a scrub. At least it looks better! The carbon will sit in the depression between the two brass terminals.


I made a new diaphragm by stretching a sheet of thick cellophane over the bakelite frame that makes up the front of the mic, and then heated it gently with a hot air gun. The plastic film shrinks and pulls itself tight. It looks neat and has a similar thickness to the original - as far as I can tell. 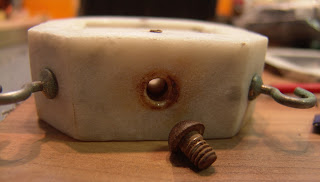 It took me a little while to work out the purpose of this big screw in the base of the mic. It is in fact for filling the microphone. 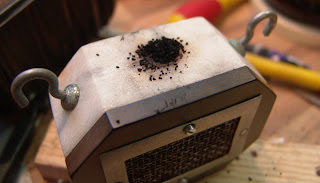 Then the mic can be re-assembled and filled with new carbon granules. It takes a few goes to pack the carbon, shaking the mic in between each fill.


I tried a circuit inspired by the one above, using a battery and transformer.  Ideally the transformer should be gapped, or a capacitor used to block the DC, to prevent saturation. 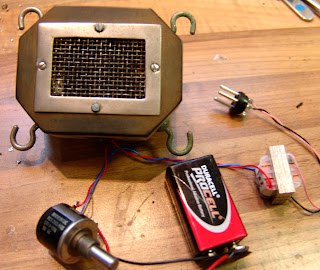 With a new diaphragm and new carbon, the microphone does now pick up sound, and although it is far to noisy for any serious recording, I was pleased just to get that far in my first attempt. As always with microphones, the art is in the detail and I can now at least appreciate some of the design parameters than need to be considered. These include
There is also a nice blog post about carbon mics at Preservation Sound.