Ev of Vashion Island sent in these pictures of his wonderful tube ribbon microphone and has kindly agreed to share the photographs and description on this blog. The mic is a little bit of a mystery as it appears to be similar to an early Marconi design and the RCA PB17, yet has no maker's mark and is different in many details. 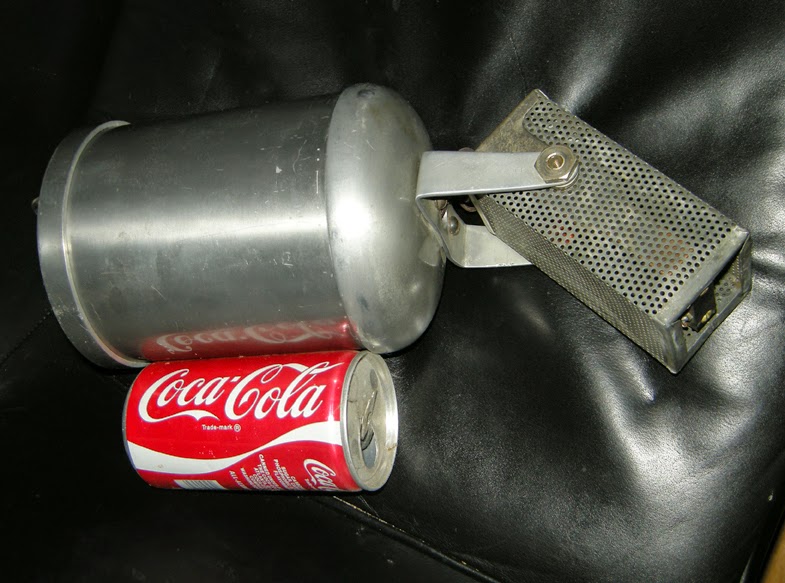 The mic is clearly influenced by Harry Olsen's design as described in his 1932 patent and the magnetic field for the ribbon is provided by an electromagnet, which is very rare and only usually found in the very earliest ribbon mics; this approach became redundant very quickly as strong permanent magnets became available.

As I have not inspected this microphone myself I will use Ev's description and photographs - Ev's comments are in italics: 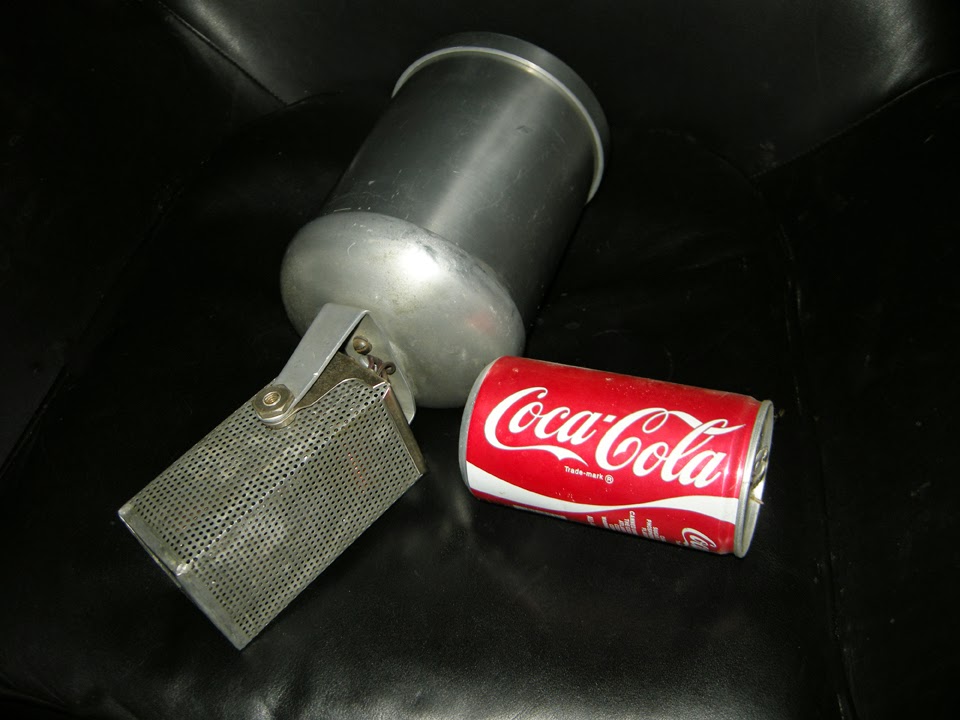 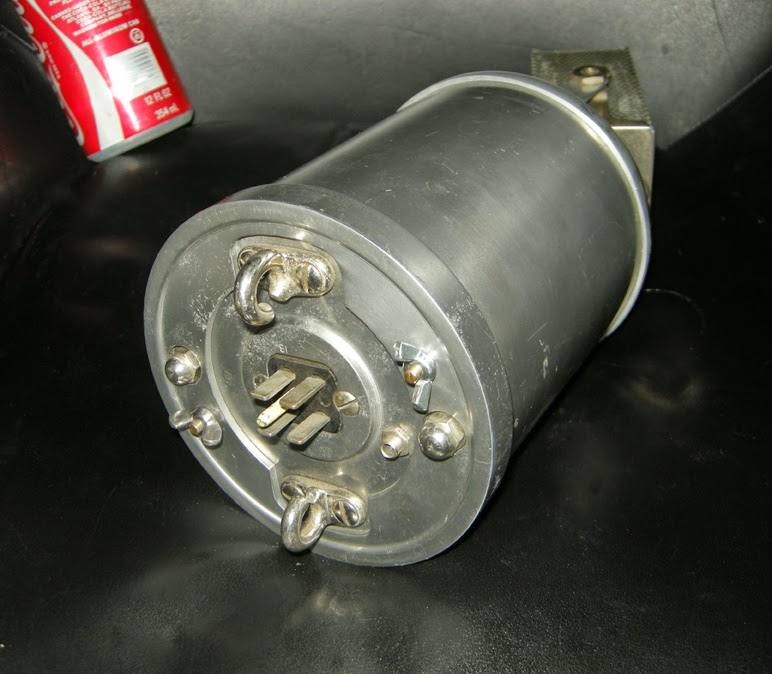 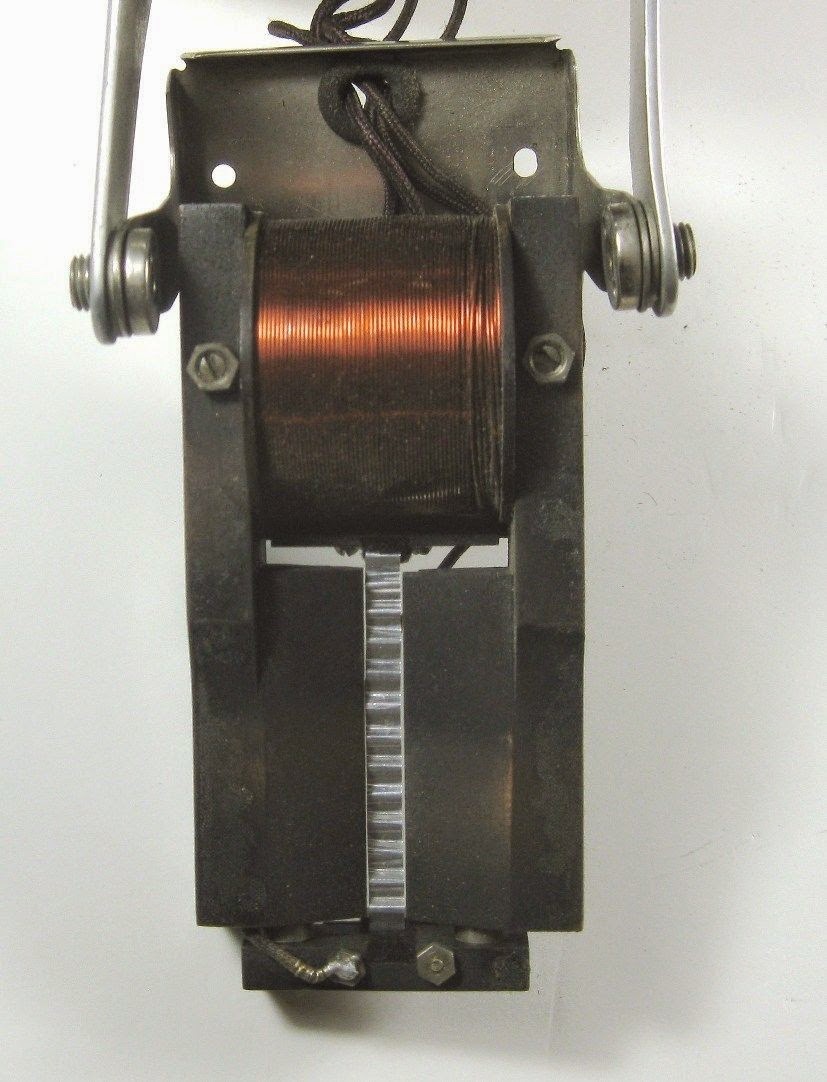 There are three transformers including the one for the electromagnet. 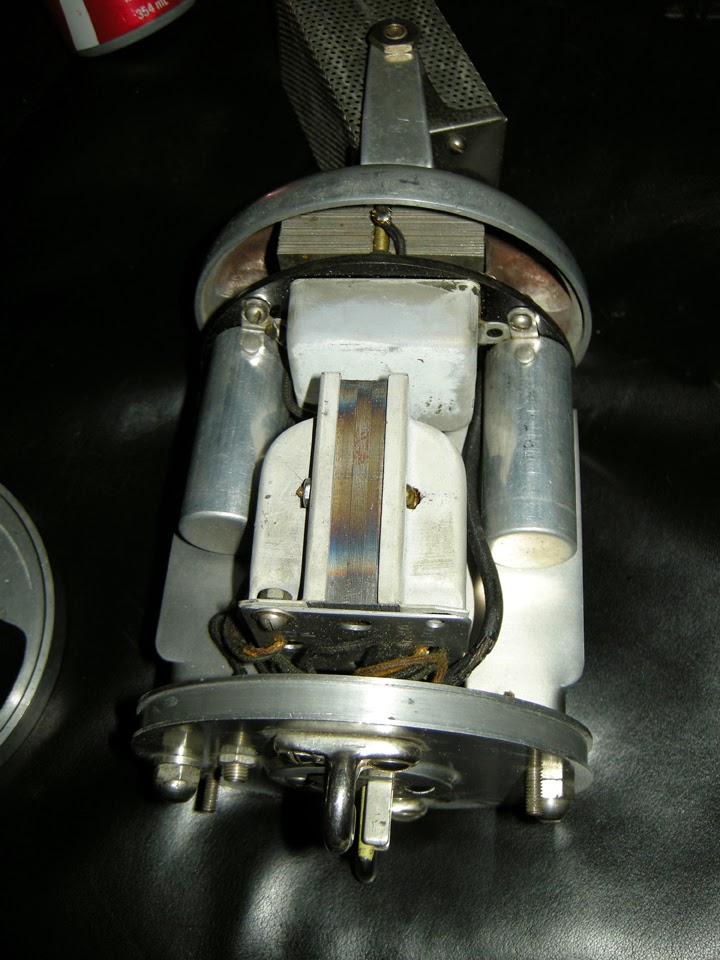 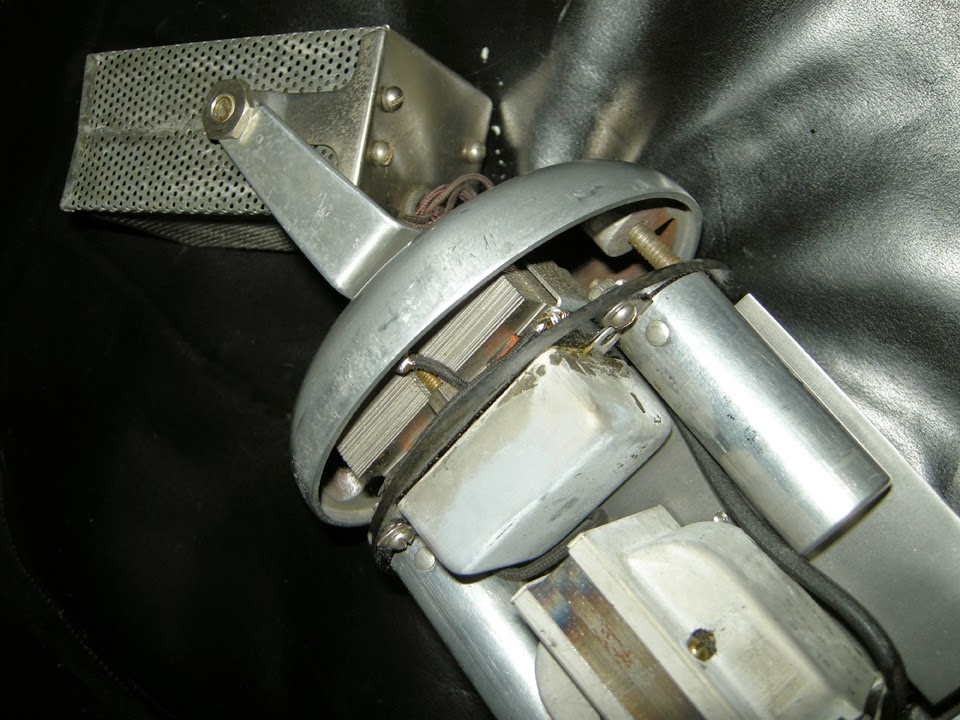 Instead of having three UX864 tubes it uses two unknown tubes, one has 5 pins with a wire attached to the top, and the other is 6 pins. 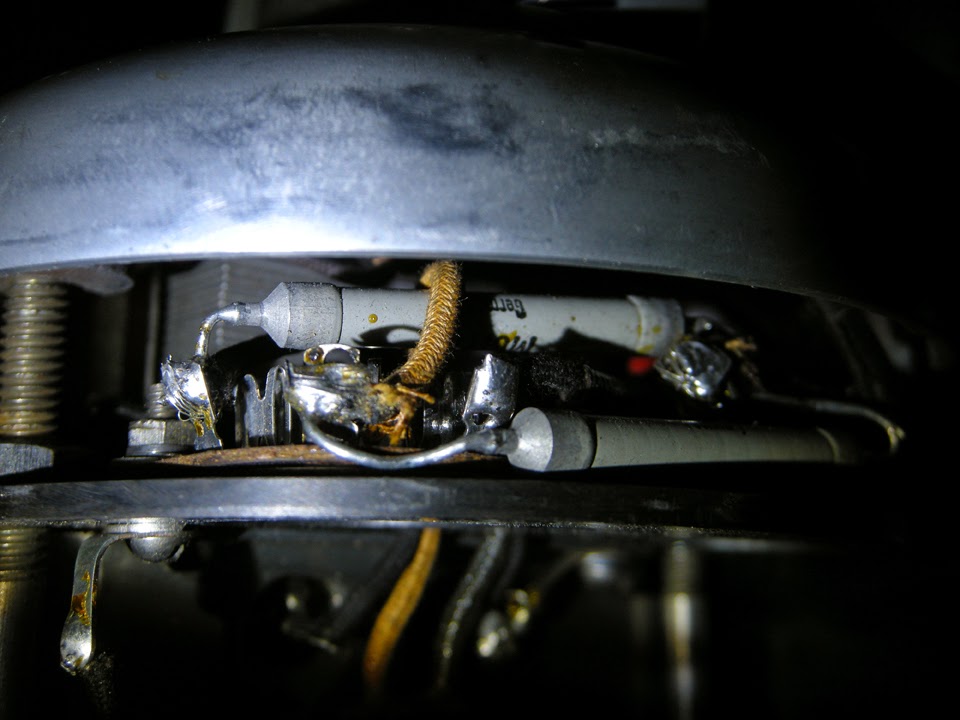 The resistors are made by Morrill, Germany. The transformers and capacitors have no makers marks that I can see. Whoever made this microphone obviously knew what they were doing. I wonder if this was a prototype made by RCA, or perhaps it is European (because of the German resistors)? 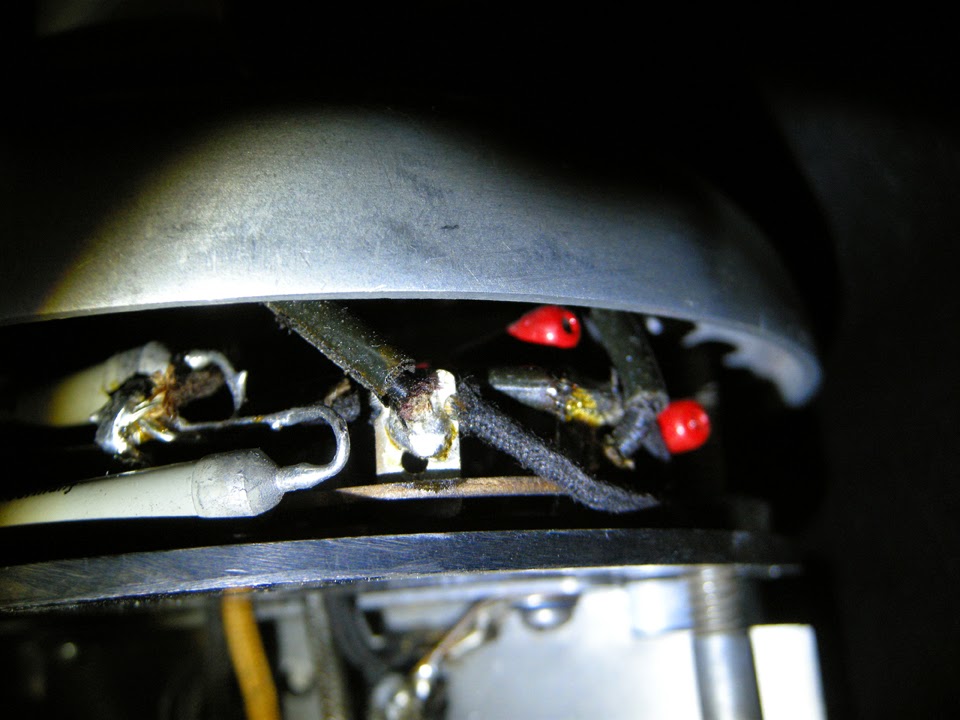 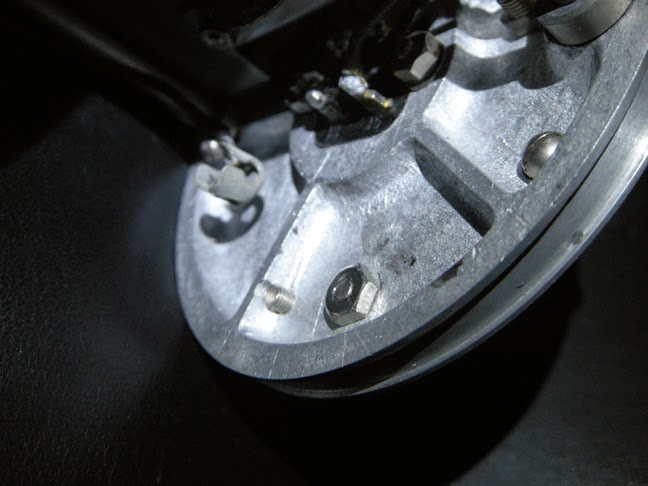 Note the tiny piece of threaded stainless steel pipe bolted to the plate (to the left of the connector in the picture). I thought it might be a jack, but I think it is only a pipe. There is what appears to be a ground wire soldered to it inside the mic. 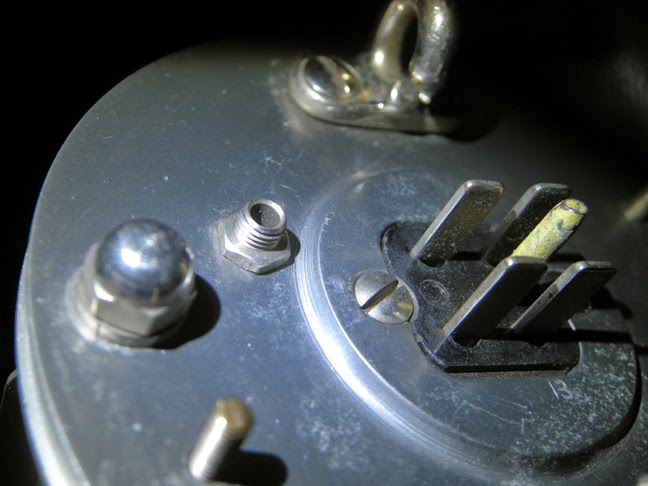 The number 13 etched beneath the bottom right connector blade corresponds with the number imprinted on the connector itself inside the mic."

If any of our readers recognise this microphone or have any more information, we would love to hear from you.
Labels: MOTM, RCA, tube mic, unidentified