This is my attempt to round up and discuss the various ribbon microphones that were made by Tannoy. I have split this survey across two posts, with part 1 describing Tannoy's figure-8 microphones and part 2 focusing on their attempts at cardioid ribbons. Finding firm dates and model numbers is a little tricky as they are rarely marked on the microphones themselves, and so there is a certain amount of educated guesswork involved. If you know more, please get in touch!

Update 8th March 2015
Several kind and knowledgable readers have sent in links and articles with dates and model numbers. I have added these where possible. Thanks to all!

Figure-8 ribbon microphones
Over the years Tannoy produced three main models of bidirectional ribbon microphone, with some variations around those types. I have called these types 1, 2 and 3 in order of production.

Type 1
The BBC technical team reviewed this mic in 1947 and applied their usual exacting standards, rejecting the mic for broadcast use. But as usual the benchmark mic for comparison was the BBC Marconi AX model, which cost many times more, and in fact these mics can sound warm and rich, with an overtly vintage tone. 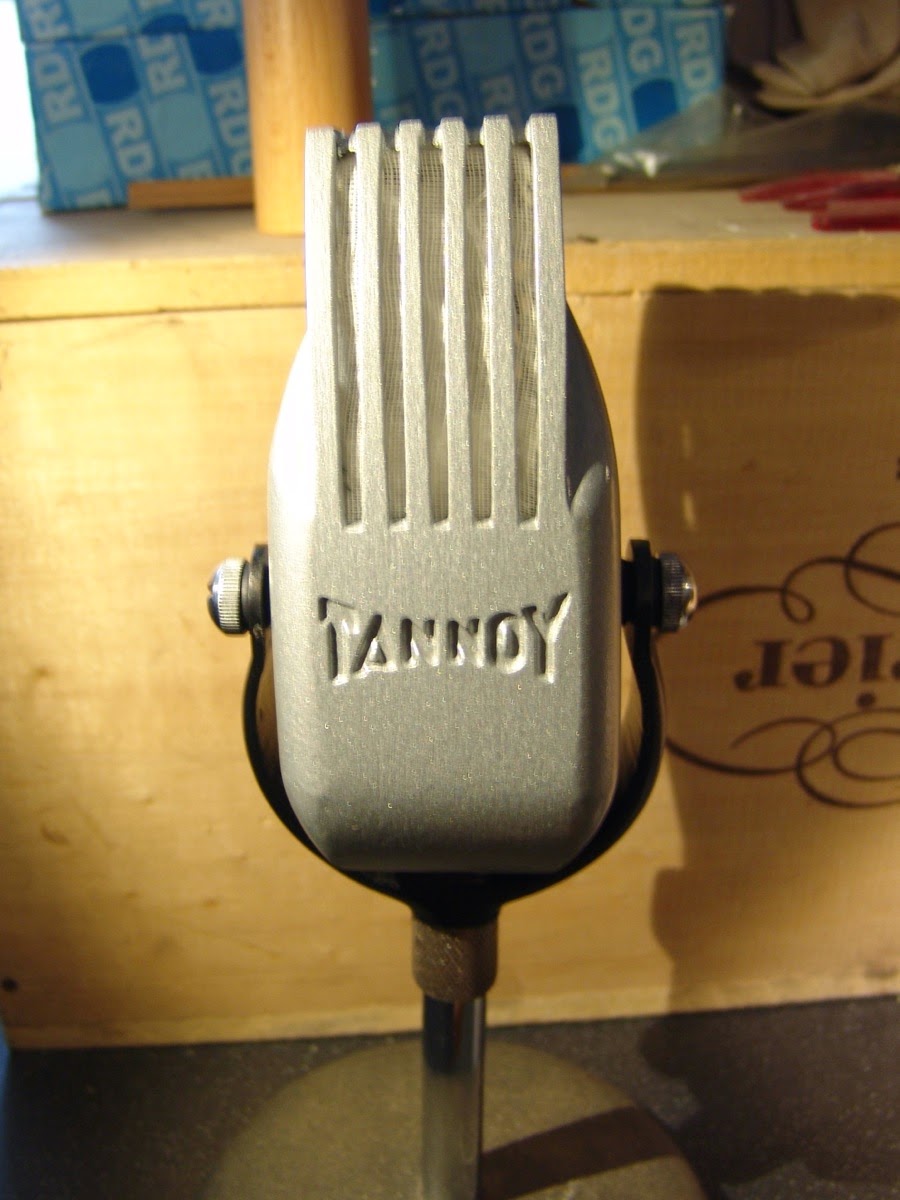 These mics are heavy with a cast body and large cylindrical magnet. I have come across mics with different output impedances, usually 50 ohms, 600 ohms or high impedance. 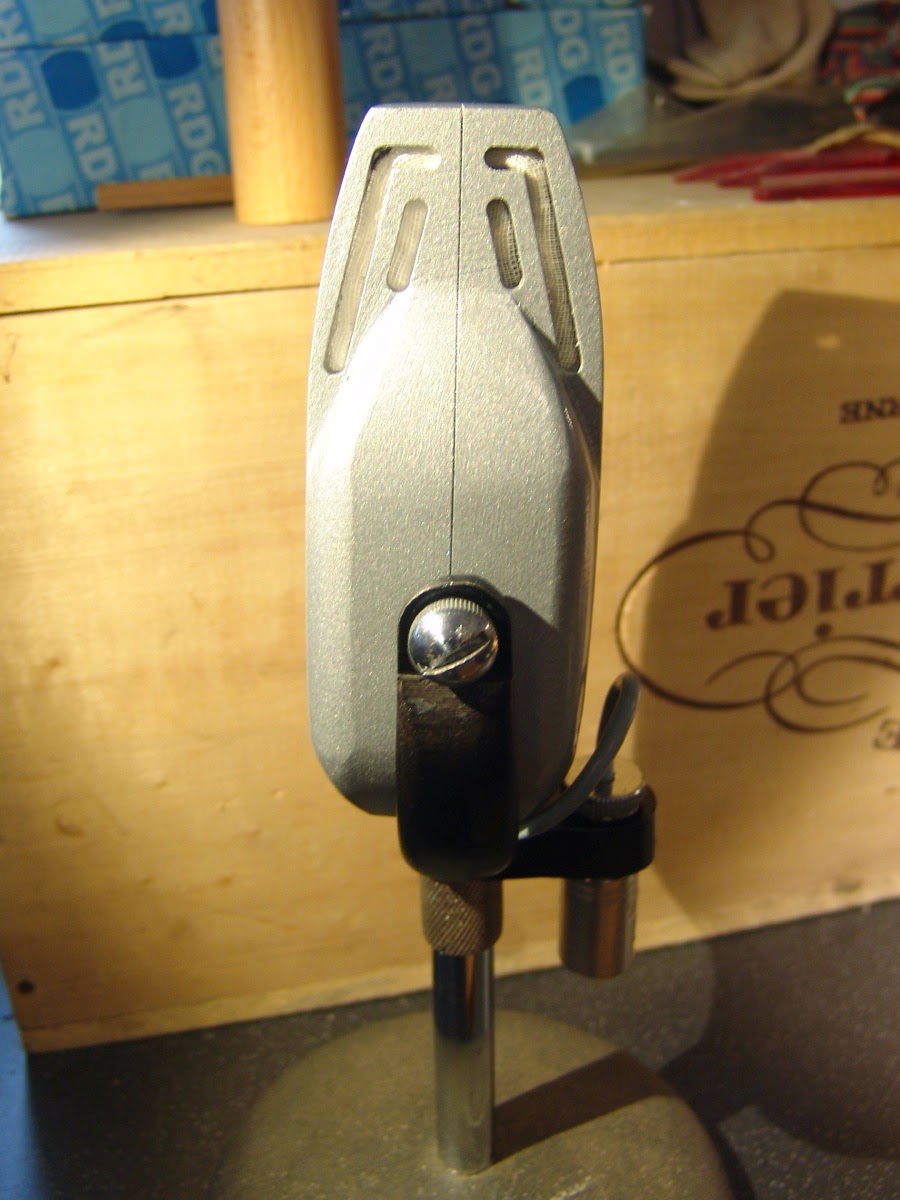 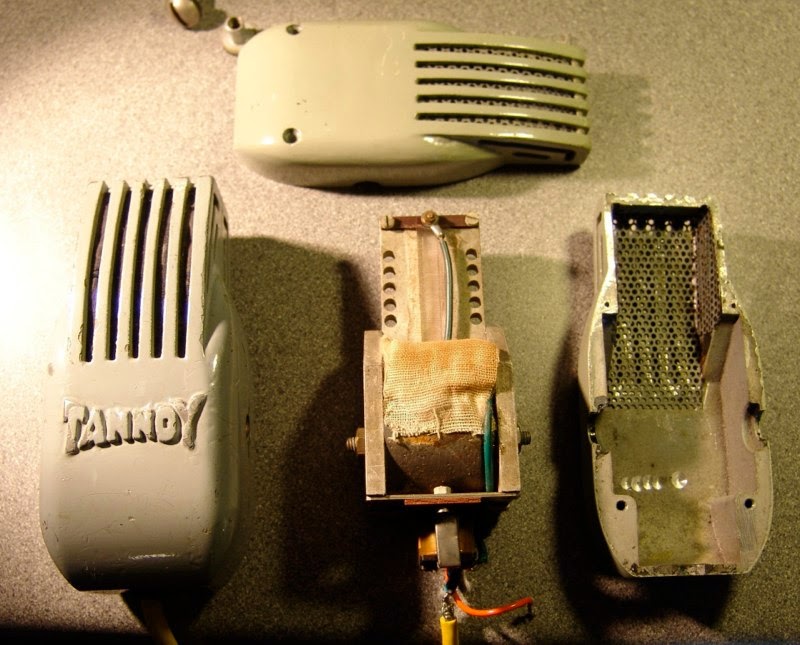 Type 1 variant
In response to the BBC comments, extensive changes were made to the motor design, although the body remained the same. The magnet structure is completely changed, with what looks to be a single cast magnet. I have never actually seen one of these on the bench, but Seth at the 2 Track Mind blog has written a nice post about his microphone here.

Type 2 - MR425
The Type 1 mic was succeeded by the type 2 or "Pitchfork" model, which is much smaller and has a completely new motor design. This model seems to date from the early 1950s and was available in different colours with different mounting options. 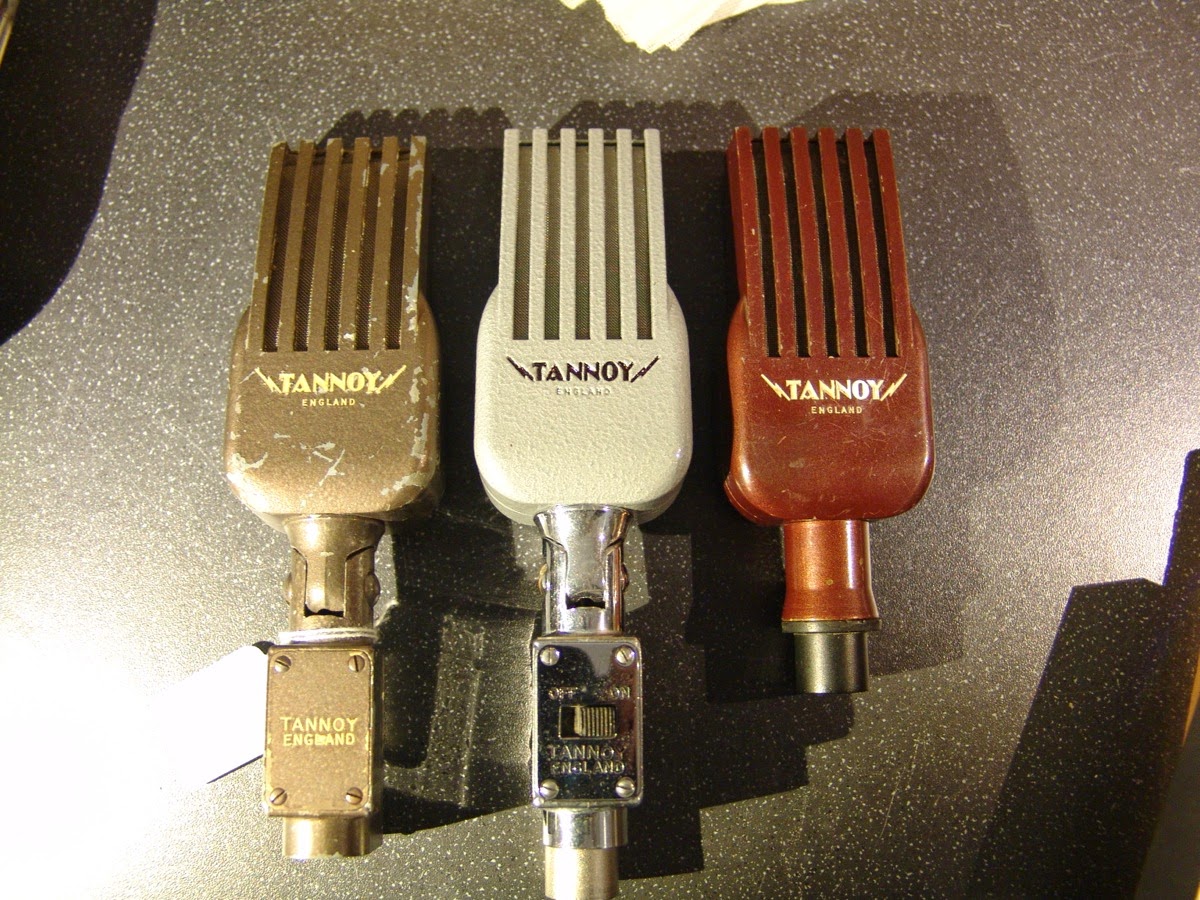 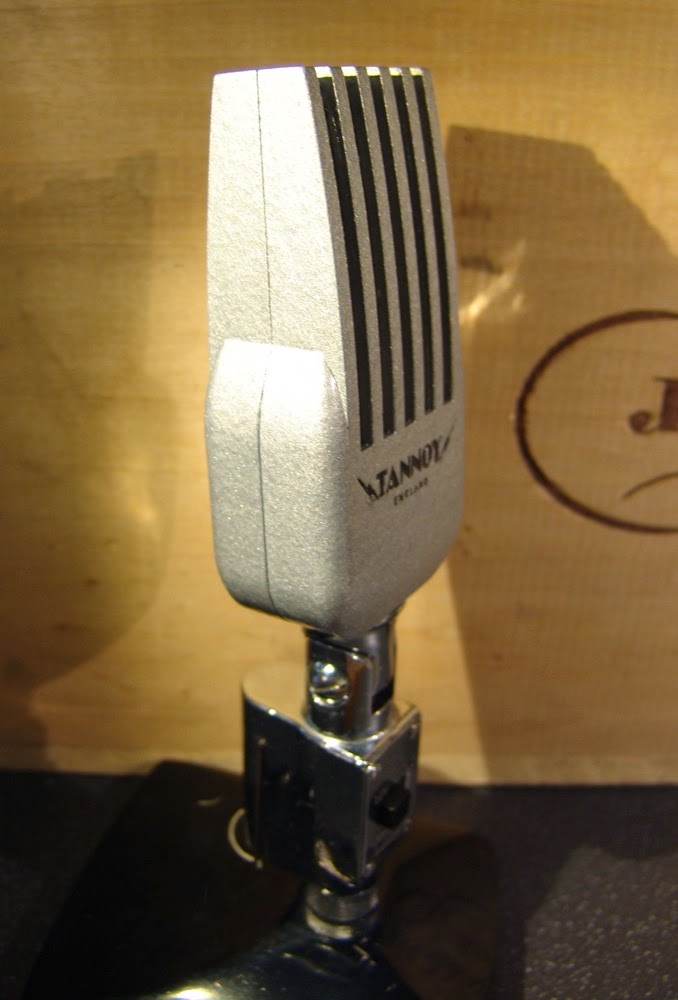 Most of these models have a 600 ohm output, and give a full well balanced sound. This is my favourite figure-8 Tannoy, partly because this was the first Tannoy mic that I owned, but also because it has a good response and a very usable signal / noise output. 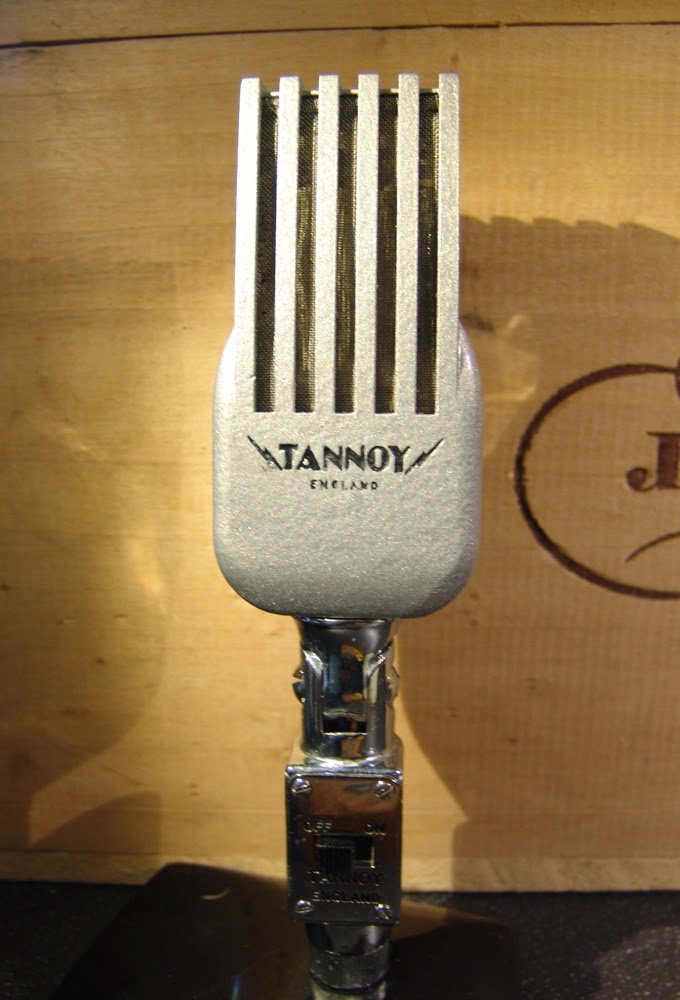 The type 2 motor is simple but nicely made, with two tapered magnets either side of the ribbon, and the adjustable pole pieces allow one to set the ribbon tension. 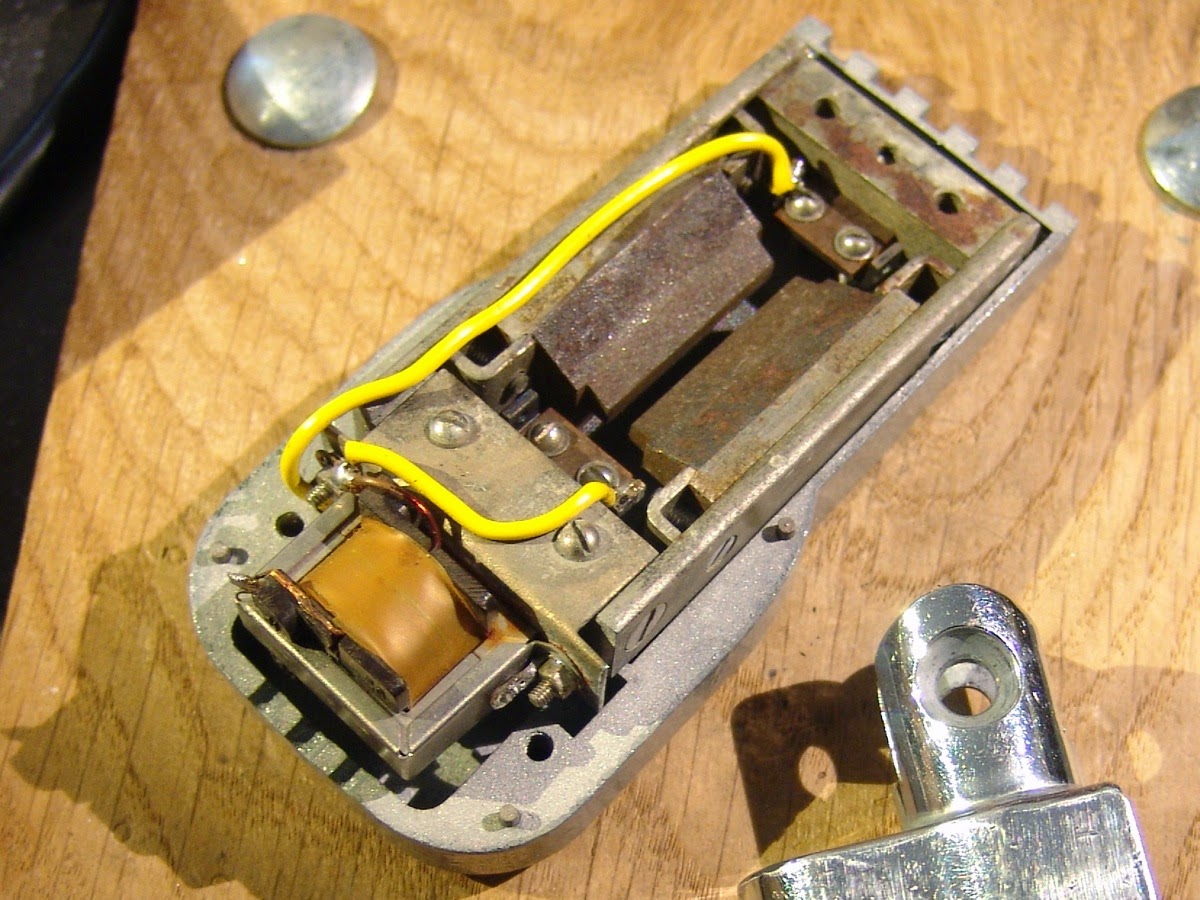 Update - this model has been identified as the MR425, and it was briefly mentioned in Wireless World in May 1952: 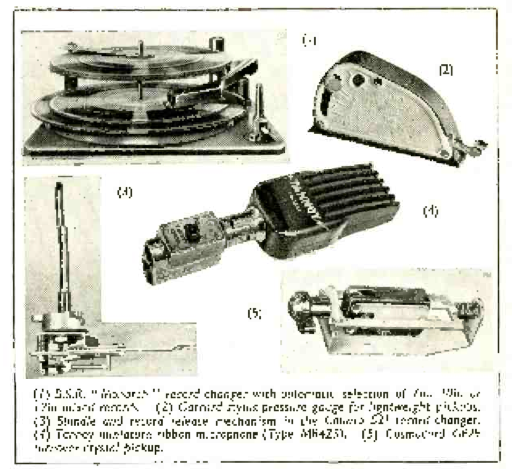 Type 3 - Slendalyne
These mics are smaller again and use a lot of plastic in the body, which can be prone to cracking. The grills are stamped metal, and the connector is a simple DIN plug without a locking ring. They are a lot less common than the types 1 and 2, although perhaps not as rare as has been suggested by some sellers. 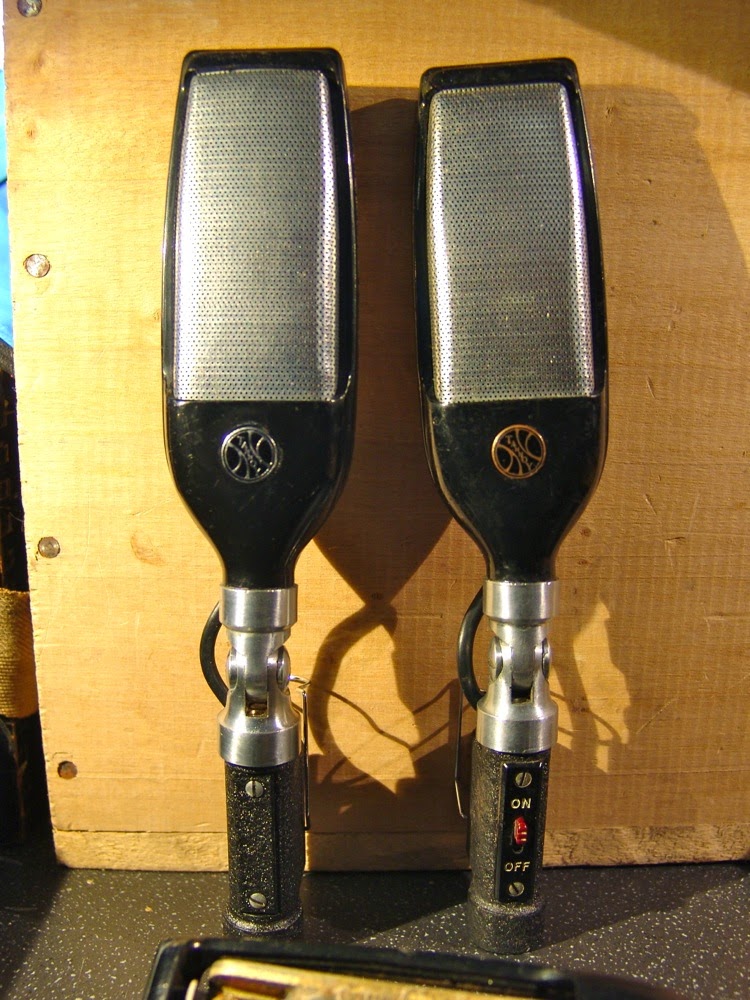 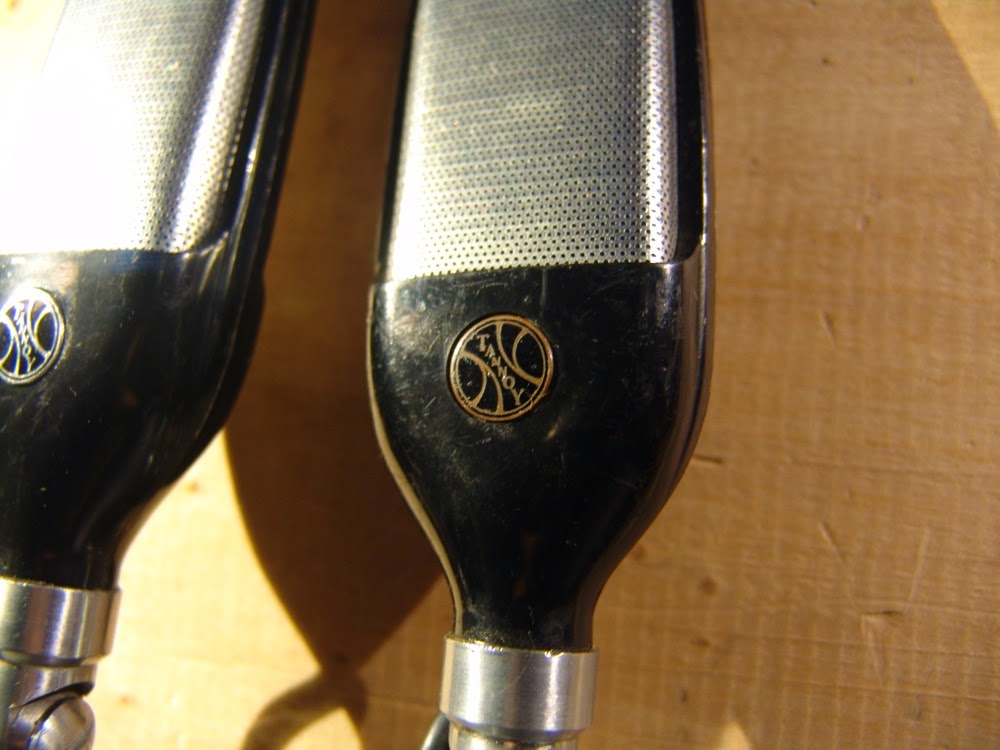 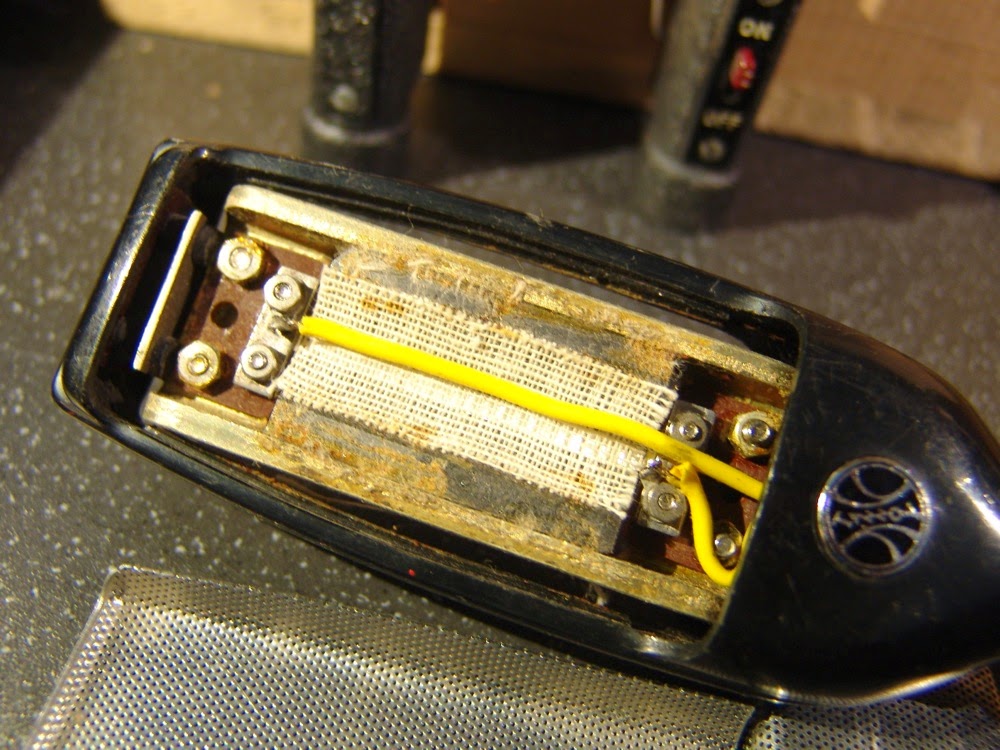 The magnets in these mics are made from a ceramic material which allows a smaller, lighter microphone than its predecessors.

Update: This microphone has been identified as the Tannoy Slendalyne model which appeared in Wireless world in June 1962: 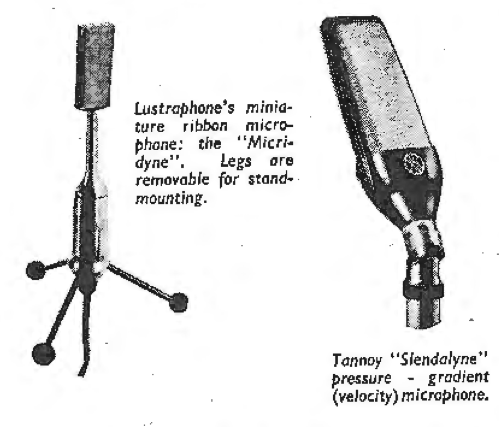 In my next post I will describe Tannoy's cardioid ribbon mics.
Stay tuned!
Labels: MOTM, Tannoy