This is what happens...

… when you drop a Cadenza mic on a concrete floor. 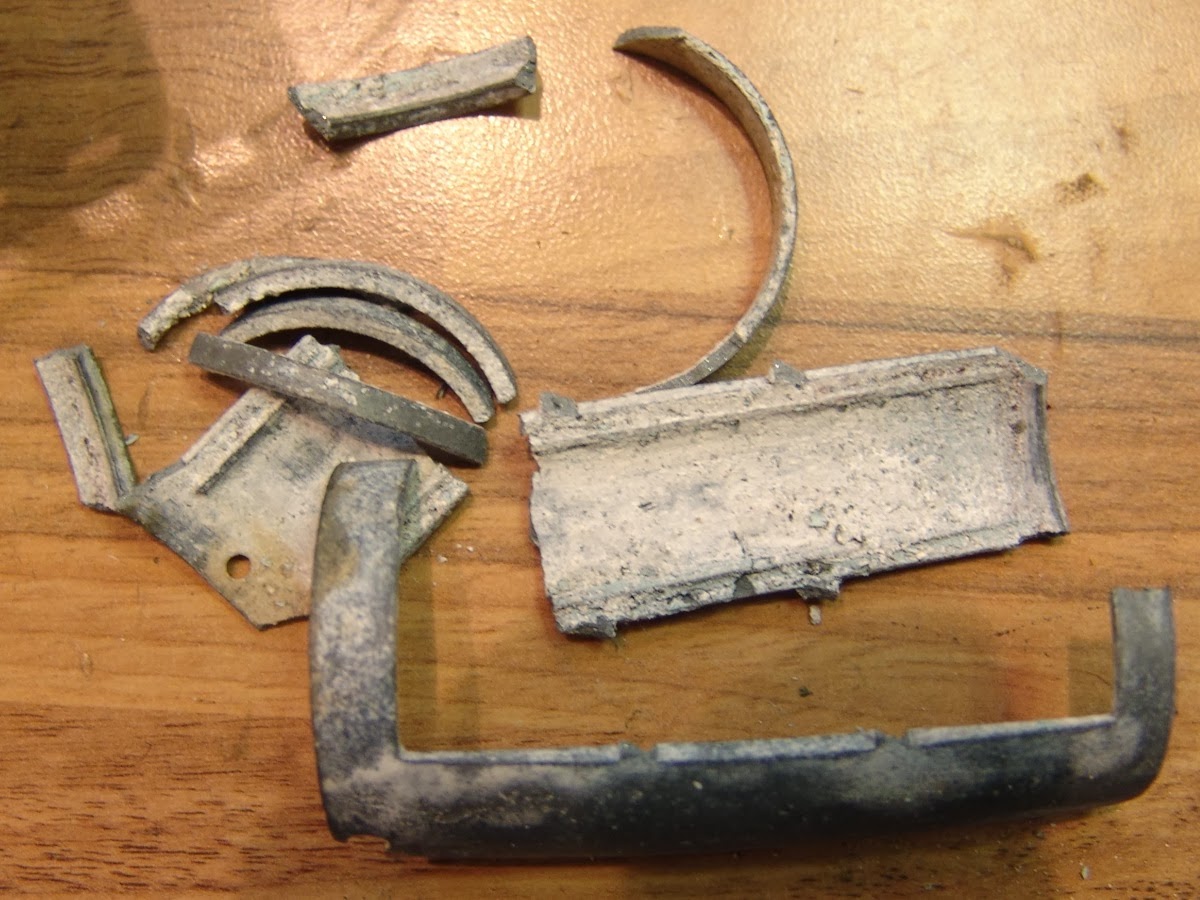 RCA 74A and 74B ribbon microphones

Here is a lovely pair of RCA junior velocity ribbon microphones awaiting service, a 74A and a 74B. We see a lot of 'B' models, but the earlier 74A (left) is quite rare by comparison.


Externally, the mics are similar in size and shape, but the 74A has a yoke mount and looks more like a baby 44BX, whereas the 74B has a fixed or swivel mount at the base of the mic. The 'A' model also has larger grill holes.


Inside, the ribbon motor assembly is the same although the mounting arrangements differ. The 74A motor (left) is screwed directly to the frame, whereas the 'B' is suspended by four small rubber mounts. The yoke would absorb some vibrations transmitted through the mic stand, and so the rubber parts were possibly introduced to compensate for the loss of the yoke. The earlier transformer has two outputs at 50 and 250 ohms, whereas the 74B transformer also has a high impedance output for public address use.

One can only guess about the reasons for the evolution from 'A' to 'B' models, but these things usually comes down to performance and economics, with fashion and marketing also playing a part. Losing the yoke might reduce costs, but adding the suspension and the swivel joint would probably balance this, so it is hard to tell.

The amazing Coutant website has a scan of a data sheet for the 74A.
0 comments Labels: RCA