Here is a rare and magnificent microphone: the Melodium type R (number 12). 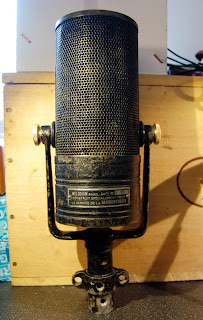 The microphone is dated 31.12.40, which makes it 72 years old at the time of writing! The mic was made by Melodium for the national broadcaster "Radiodiffusion Nationale", which would have been the French equivalent of the BBC. This is particularly fascinating as it dates the manufacture to during the period of occupation in the Second World War. I was surprised that microphones were still  being manufactured during that period, but I suppose that the government needed to broadcast their propaganda, or perhaps this one was stolen and used by Le Resistance! 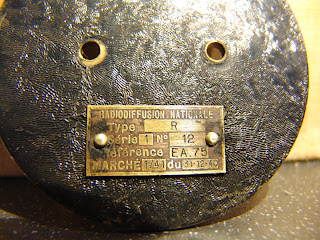 There is a bit more about the history of the French national broadcasters here, and it seems that Radiodiffusion Nationale began in 1939 but was subverted by the Vichy government in 1940. It was replaced or perhaps rebranded in 1945 after the end of the war. There is more history here for our Francophonic readers. 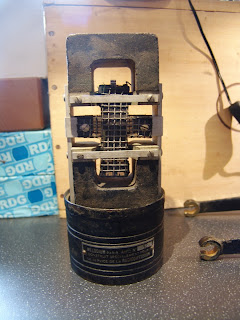 Inside, the mic is very similar to the 42B, with the same magnets and motor assembly, but the internal grills are different, using a wider mesh and cloth. 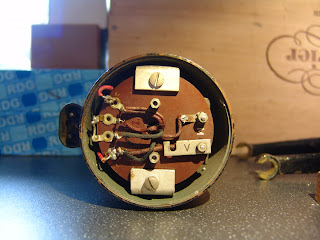 The high pass filter section of the mic is also different to its square cousin.  Instead of the three way rotary switch on the 42B, this mic uses a metal bar to bridge a terminal inside the base of the mic, and it just as 'Music' and 'voice' settings. A hole in the bottom plate lets you see whether the jumper bar is engaged or not. It is a more reliable arrangement, but you need a screwdriver and spanner to make the change. I guess the guys at the radio station did not want the filter to be engaged accidentally, causing them to wonder where the bass had gone! 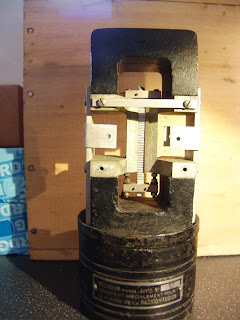 Remarkably, the ribbon on this one was still intact, and after cleaning the motor the mic sounded very good indeed, with a big bottom end and nice proximity effect to make voices sound richer and fuller.


The mic arrived without some parts, so we made replacement brass washers and thumb nuts on the lathe. They look really smart, and in a few months will be a lot less shiny! 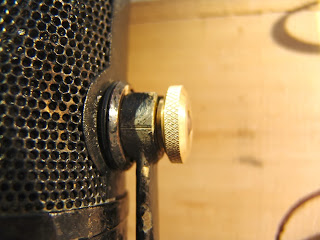 
The mic is now back home at Kore studios, in good company! 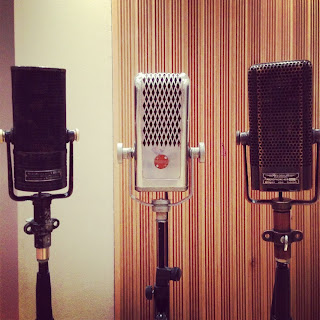 Labels: Melodium, mic of the month