At Xaudia, one of the most common enquiries that we get is for replacement cables and connectors for vintage microphones. Very often we can help, but some of the connectors are becoming impossible to find in good condition and at reasonable prices. 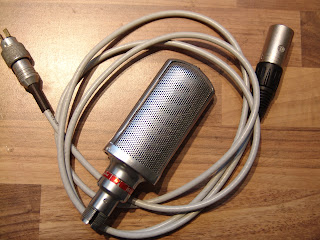 One example is the Grampian plug that was used for their GR1 ribbon and other microphones. These connectors are hard to find - they can be obtained by buying a less valuable Grampian dynamic mic, but we have found that the plugs come with various slightly different threads, which means that one plug cannot be guaranteed to fit another microphone. And the connector is not ideal in the first place - it has two prongs and for balanced use the screen of the cable is connected to the plug casing (and therefore the microphone) by pressure only. Grounding issues are therefore common.

There is, however, another approach, which is to dispense with the connector entirely, and replace it with a modern, industry standard XLR connector. This microphone arrived without a plug and with a rather battered and bent connector at the bottom of the mic. 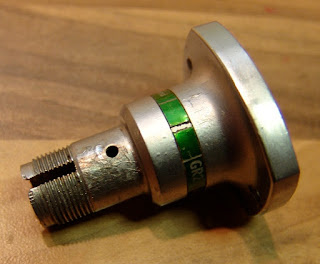 The decision was made to replace it with a silver-plated XLR output, which also solves any grounding issues as the third pin may be connected to the body of the mic. 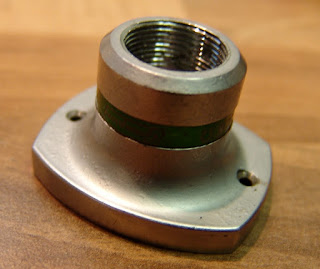 The old connector was cut off, and the housing threaded to accept the new connector. 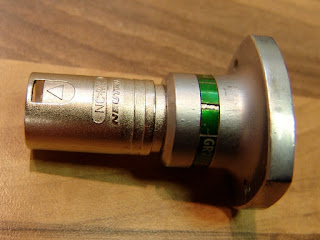 The new XLR output is then simply screwed in place... and the mic rewired and put back together.


Everything works nicely - just plug a standard XLR mic cable and it is ready to record.

Some may see this as vandalism, and perhaps from a collectors point of view, it is. However, the conversion is sympathetic, and it is far better for the mic to be making recordings, than to be languishing in a box unused.
Labels: Grampian, ribbon, XLR